The Last Confederate Stronghold in America 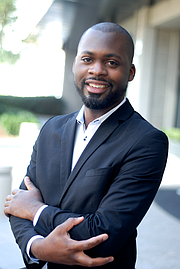 When I joined with other Mississippi leaders for the “Take It Down America” rally last year, I had high hopes for Mississippi. Perhaps I was blinded by idealism, but I honestly and truly believed that our state would do the right thing if we brought attention to this issue.

I believed then, and I still believe now, that Mississippi is capable of great and wondrous things. I often speak on where we were just 50 years ago and the progress that we have made in that relatively short time.

Mississippi is a great state that I believe will one day come to the forefront nationally, leading our country forward on many issues. But we can't do that if we don't come out from under the specter of this Confederate flag issue.

Mississippi is the only state in America that officially flies the Confederate flag. Every other one has taken it down and renounced it. They've accepted it for what it is.

The Confederate flag is a symbol of hate. It is the American equivalent of the Nazi swastika in Germany.

Many won't agree with that statement on its face; but let's examine this. It has been well-documented how the Confederate emblem gives rise to hate crimes against people of color. Two of the most well-known examples are Dylann Roof, the white man responsible for the horrible massacre at a church in Charleston, S.C., and the three killers who dragged James Byrd, an African American man, behind their truck until his body was torn apart in Jasper, Texas.

What do these two horrible crimes have in common? Dylann Roof posed with the Confederate flag alongside the Nazi code for “Heil Hitler.” One of the murderers of James Byrd, John William King, was a member of the Ku Klux Klan, and he had several tattoos, which included the Confederate flag, the Nazi swastika and the words “Aryan Pride.”

The Confederate symbol is forever attached to bigotry, hatred and murder.

If you look at the Confederate flag and all you see is “heritage,” I'm afraid that you are looking through a terrible rose-colored lens that is blinding you to the reality of the horrible atrocities that people have committed under that flag.

Last week, Mississippi Rep. William Shirley proposed an amendment in the Mississippi Legislature to withhold federal funds from the courageous universities that made history last year with their refusal to fly the state flag as long as it contains the Confederate emblem.

That amendment was a slap in the face to every family that has suffered under the Confederate flag, and I'm publicly asking Rep. Shirley for an apology. This was a horrible attempt to set us back.

I'm happy that this attempt wasn't successful, but we still have to make the decision to remove this symbol from our flag.

What will it take for Mississippi to join the rest of the country in denouncing this symbol of hate? Will our state have to experience a crime as terrible as what happened in South Carolina before we decide to finally move forward and let go of the racist vestiges of the past?

This is no longer a Mississippi fight. This is a battle for the soul of America.