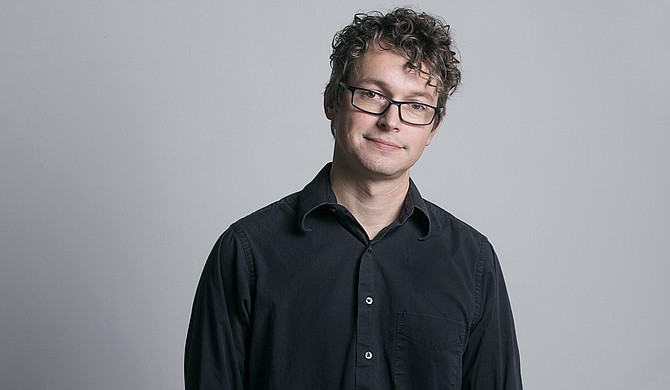 Normally, when Roy A. Adkins is taking photos downtown, he takes them at his studio, Light and Glass, which he co-owns with his wife, Jerri Sherer.

But ever since opening his studio to friends one St. Patrick's Day years ago, his annual photography of parade-goers has become "sort of a tradition."

"It really started very unofficially," Adkins says. "We were going to hang out at the studio ... (and) have a place with a bathroom, which is the most sought-after thing on parade day. And a few people (who) came in to use the bathroom ... had on crazy outfits, and I was like, 'Hey, let me take your picture!'"

The 41-year-old Birmingham, Ala., native graduated from Mississippi State University in 1998 with a Bachelor of Fine Arts degree with an emphasis in photography. He has done digital imaging, wedding photography and freelance work with news outlets all over the southeast. But after moving to Jackson around 2004, he found himself participating in the St. Patrick's Day festivities each year.

"It's part of being in Jackson," Adkins says of the parade.

These days, he works out of Hal & Mal's before the parade officially kicks off.

"When I moved it down to Hal & Mal's," he says, "I started getting exponentially more people. Although it does seem to focus more now on people who are in the marching krewes, in other years it was more just random parade-goers."

Even though the setup and breakdown can prove stressful, Adkins says that he still finds time to march in parade each year. He describes a festive (if unpredictable) atmosphere each year, a setting in which "somebody's coming up to get their picture made, and they give you a green JELL-O shot."

He has been posting all his St. Paddy's photos to Light & Glass's official Facebook page for the past few years now. All photos are public and free to access, unless, he says, you specifically request that some of your more embarrassing snapshots be hidden from the public eye.

"Occasionally, the groups are so rowdy that they end up tearing up the background," Adkins says. "So I think I'm going to hold off group (photos) until the end (of) this year."

Adkins reassures that all are welcome to come and have their pictures made, whether they are part of an official krewe or not. "Although," he jokes, "if you show up, and you don't have on a cool outfit, you can forget it!"