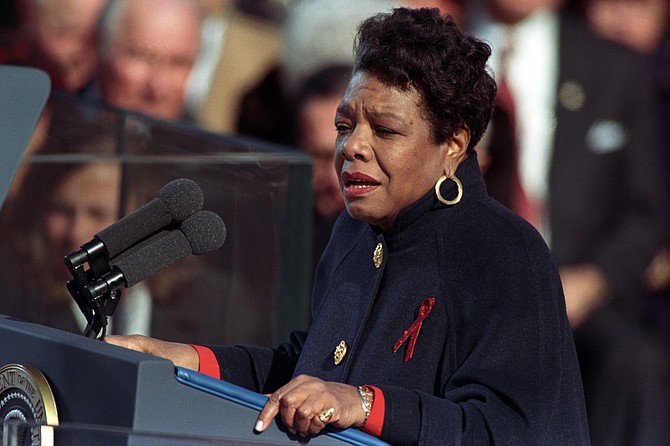 Directors Rita Coburn Whack and Bob Hercules are bringing a new documentary to Mississippi screens: "Maya Angelou: And Still I Rise," which debuted at the 2016 Sundance Film Festival and took home the audience award for Best Feature at the AFI Docs 2016 Film Festival.

"And Still I Rise" is the first feature-length documentary about the author and activist. It takes viewers through Angelou's life from her childhood in the Depression-era South to Washington, D.C., in 2014, when the National Gallery unveiled her portrait. Never-before-seen archival images, interviews and videos place Angelou in context with iconic American moments and reveal history that most would not know such as her early performing career, including her role as the White Queen in Jean Genet's play "The Blacks."

"And Still I Rise" is screening as part of Millsaps College's partnership with the Southern Circuit Film Series and Crossroads Film Festival.

"We've been really fortunate to be able to partner with Crossroads and host the screenings of the films on campus," says John Sewell, Millsaps' director of communications and marketing. "(Crossroads) has done a great job getting the films together; we simply support them with a venue and a place to be screened."

"Maya Angelou: And Still I Rise" will screen at the Gertrude C. Ford Academic Complex at Millsaps College (1701 N. State St.) on March 15. The screening is free and open to the public.