Regulators Move to Pull the Plug on Mississippi Coal Plant 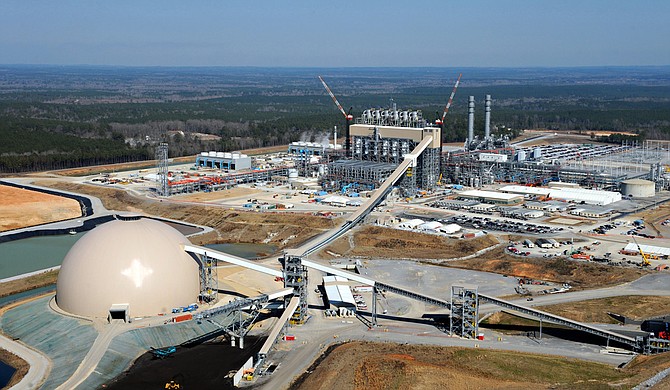 JACKSON, Miss. (AP) — Mississippi utility regulators want to pull the plug on costly technology at a first-of-its-kind power plant, saying one of the nation's largest utilities should absorb more than $6.5 billion in losses and ratepayers should pay nothing more.

Three Mississippi Public Service Commissioners said Wednesday that the Kemper County plant, meant to show coal could be burned cleanly, should burn only natural gas. An environmental activist who opposes coal burning said the decision could discourage other utilities from proposing similar projects.

The Commission directed its lawyers to draft an order that it plans to adopt July 6. It would give Mississippi Power Co. 45 days from then to settle all rate matters regarding the $7.5 billion plant.

Mississippi Power, a unit of Atlanta-based Southern Co., issued a statement saying it would review the order when issued, but declined to answer questions.

The plant, originally supposed to cost $2.9 billion, is designed to take soft lignite coal and turn it into a synthetic gas that can be burned to generate electricity, capturing climate-warming carbon dioxide and other pollutants. But the Kemper County plant's cost has ballooned and it's running more than three years behind schedule. Its gasifiers have run intermittently in recent months, but Mississippi Power has yet to achieve reliable commercial operation.

The outline of the deal sought by the three elected commissioners calls for Mississippi Power to run the plant on conventional natural gas, as it has mostly done since 2014, and for ratepayers to only pay for the $840 million in equipment that commissioners already approved. Southern shareholders, who have already taken $3.1 billion in losses, could absorb roughly another $3.5 billion.

"I think it's time for the commission to lead," said Public Service Commissioner Chairman Brandon Presley, a Democrat who represents the state's northern third.

Presley and the two other commissioners were careful to say they hadn't prejudged the outcome, protecting against a possible lawsuit by the utility.

"We've got a long way to go," said Democrat Cecil Brown, who represents the middle third of Mississippi. "It's not an order to do anything."

But all three said they thought the time had come to act, even though Mississippi Power wants to preserve the status quo until next year while it tries to complete the plant.

"In my opinion, it is time to address Kemper," said Sam Britton, a Republican who represents the southern third of the state. His district contains the majority of Mississippi Power's 188,000 customers. Britton said he's concerned about repeated delays — 10 in the past 18 months — that keep increasing potential costs to customers.

Commissioners said that if Mississippi Power doesn't reach an agreement with the separate Public Utilities Staff, they would consider ordering the company to show why commissioners shouldn't revoke the company's certificate to build Kemper.

Mississippi Power won approval to raise rates by 15 percent in 2015 to pay off the $840 million in equipment used to generate electricity from natural gas. Commissioners on Wednesday allowed that rate to stay for now, but said they want to look for ways to cut customer bills.

"I hope the commission follows through," Blanton said. "They don't need to worry about whether they get sued or not. They need to do their job. Enough's enough."

Louie Miller, executive director of the Mississippi chapter of the Sierra Club, said a Kemper downfall would deter other utilities from attempting similar projects. The Sierra Club opposes efforts to burn coal, saying the environment is harmed by mining and carbon dioxide emissions.

"I think they have given the last rites to this so-called clean coal plant," Miller said. "I don't think that bodes well for any other utility that wants to go down this road."