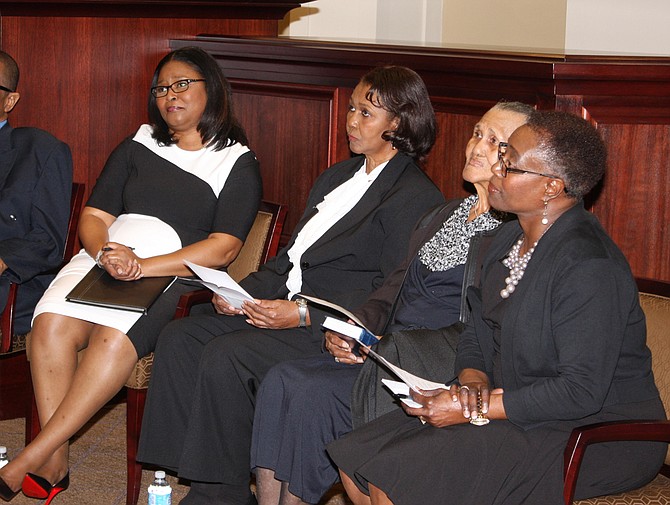 Mississippi Court of Appeals Judge Latrice Westbrooks, who is the 2017 recipient of the Outstanding Woman Lawyer from the Mississippi Women Lawyers' Association, says she knows the value of sacrificing for others firsthand.

"People see the 'glory,' but they never see the story that gets you there," she says.

People like her mother, Lucille Westbrooks Bennett, who worked six days a week as a hospital dietary aid, often made sacrifices for her, she says. 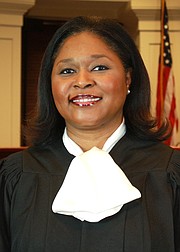 None of the sacrifices her mother made could have happened without the help of her grandmother, Frances Westbrooks, a woman who Westbrooks calls "one of the most fearless women that I know."

Her grandmother raised 10 children while simultaneously working as a housekeeper for a family across town in Westbrooks' hometown of Memphis. She also helped raise Westbrooks and several other grandchildren with the help of her husband, Joe Lee Westbrooks.

Westbrooks says her interest in law started when she began watching "Perry Mason" on TV with her aunt, Linda Westbrooks.

Westbrooks' mother and aunt pushed her towards other careers such as nursing or teaching, but she remained intent on becoming a lawyer.

She attended Austin Peay State University in Clarksville, Tenn., where she graduated with a bachelor's degree in political science in 1994. She then attended the University of Detroit Mercy School of Law and received a law degree in 1997.

Westbrooks' decision to live and ultimately work in Mississippi came during law school when a friend asked if she would consider moving to the state. A simple question from a friend has now turned into a career that has spanned two decades.

She says that what she loves about Mississippi, "is despite the history—(and) ... there are social ills everywhere—Mississippi is still a great state with a lot of potential."

Upon graduating from law school, she moved to Mississippi, passed the state bar exam and began working as an assistant district attorney under District Attorney Cono Caranna for the 2nd Judicial District in Harrison County, Miss.

In 2000, she joined the law firm Byrd & Associates LLC, where she worked for one year before she left to start her own firm, the Law Office of Latrice Westbrooks, PLLC. In January, she took her seat on the Mississippi Court of Appeals.

In addition to her current role as a Mississippi Court of Appeals judge, she has also served as a public defender in Holmes County, a municipal judge in Lexington, and legal counsel for the Jackson Police Department in the Office of the City Attorney.

Westbrooks says that serving in various positions over the course of her career has taught her to value and understand the perspectives of others, and how each part of the law has its own duties and obligations.

As a lawyer, she says, "you are constantly giving." Many times that giving has come in the form of legal advice with organizations such as the Mississippi Bar, the National Association for the Advancement of Colored People, the American Civil Liberties Union, the Southern Poverty Law Center's Mississippi Youth Justice Project, which helps juveniles tried as adults expunge their criminal records, and One Voice, which encourages civic engagement among marginalized and vulnerable communities in the South.

"Service is important," Westbrook says, "and ... a lot of people, probably in the public, think that being a lawyer is about the financial aspect of it. But really, being a lawyer, you are a public servant first."

During her downtime, she says she enjoys reading non-fiction books on history and the occasional romance novel.