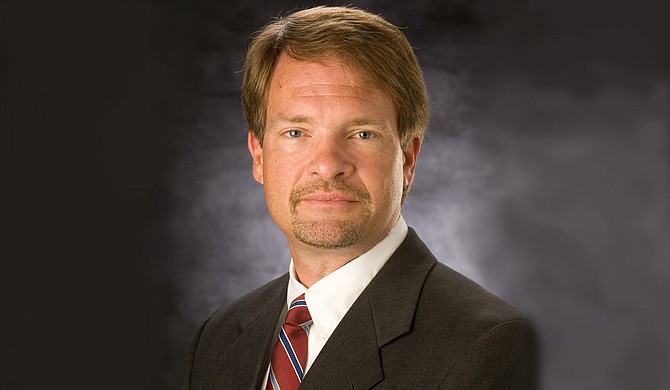 In the '80s and '90s, Chuck Barlow started a long string of accomplishments in education. He earned a bachelor's degree in English at Mississippi College in 1984, a master's degree in English from the University of Virginia in 1986, a law degree from MC in 1989, and finally, a Master of Laws degree in environmental law from Lewis & Clark College in 1995. The most recent entry on his growing list of accomplishments is earning the title of Mississippi College's Lawyer of the Year on April 27 at the annual MC Law Alumni Dinner.

Barlow, who is the current vice president of environmental strategy and policy at Entergy Corporation, says he earned the title by remaining involved with the school's student body, teaching as an adjunct and coaching moot-court trials, all while practicing law nationally. He frequents Washington D.C. and has contributed to environmental cases across the country.

Barlow first became interested in environmental law while working at Jackson law firm Phelps Dunbar, LLP, from 1990-1996, where he had a case involving a client who'd bought contaminated land.

"It was one of those issues where nobody in the law firm had really specialized in environmental law," he says. "This was in the early days of environmental law. So they looked around, and I raised my hand because the subject matter interested me. It grew from there."

After dealing with a few environmental cases, Barlow decided that he needed to expand his education on the field and enrolled at Lewis & Clark College in Portland, Ore., to pursue his master of law degree.

"People compare (environmental law) to tax law sometimes because there are so many regulations," he says. "There are literally books and books of written rules ... kind of like the tax code. It was really helpful to (be in Portland) for a year and have smart people tell me what the law was and how (environmental law) had come about."

In 1996, Barlow took on the role as the lead environmental attorney for the State of Mississippi. The U.S. Department of Justice later rewarded him with a commendation for his work on a co-enforcement case, the United States of America and State of Mississippi v. Morton International, Inc., which ended with the then-largest single-facility environmental penalty ever sanctioned in the U.S.

Barlow says he found success in his field because he was in the right place at the right time.

"I was specializing in environmental law when it was still (in its) early days," he said. "People were spending a lot of time and effort cleaning up contaminated sites, what they call 'superfund sites,' and that was a big deal. People were beginning to pay a lot more attention to air pollution, ... (which) developed into looking at climate change as an important issue."

Barlow also credits his success to having experience on different sides of the table. At one point, he worked as a government regulator and took enforcement actions against companies and individuals. Now, at Entergy, he supports more ecologically friendly practices at the corporation.

"Entergy is one of the companies that decided climate change is real and a big deal as far back as 2000," Barlow says. "We adopted a voluntary cap on our CO2 emissions. ... We don't know what the future will look like, how carbon emissions (will be) regulated, but we want to be ready. We don't want our customers to be caught by surprise ... whenever our government decides to regulate carbon emissions seriously."

Barlow says after his career winds down at Entergy, he may be interested in returning to teaching law, which he is currently unable to do because of travel. He taught off and on at Lewis & Clark College in Portland, Ore., and at Mississippi College from 1991 to 1996.

"(Teaching) is just something I thoroughly enjoy," he says. "I get a lot of personal satisfaction and pleasure out of teaching. It's nice to see that light bulb come on in somebody else's brain when they've been struggling with a topic, and you can explain it in such a way that they understand. That level of communication between teacher and student, to me, is a special thing."

Barlow has been married to his wife, Deleslynn, for 33 years. Barlow's daughter, Jordan Martella, works as a fourth-grade teacher in Texas, and his son, Tristan Barlow, is a painter in London.