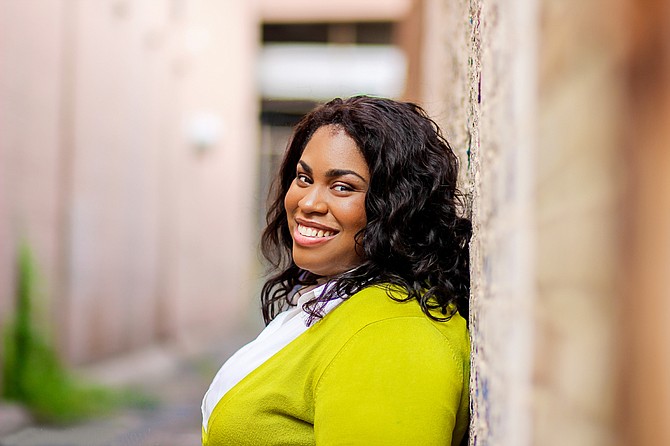 In 2009, the death of Oscar Grant in Oakland, Calif., shook the nation, and the conversation about race and police brutality began anew. Here in Jackson, author Angie Thomas heard both sides of that conversation.

Growing up in the Georgetown neighborhood, Thomas says the people around her perceived Grant as a victim—a life taken too soon that could have been one of their own. Across town at private college Belhaven University, where Thomas was enrolled at the time of the shooting, she heard students talking about Grant as though he deserved what happened to him.

The tragedy and opposing viewpoints inspired her to write a short story about a teen who experiences a similar situation as part of her senior project at Belhaven around 2011.

Over the last five years, the discussion of race and police violence has become even more crucial, and Thomas' short story has grown into her debut novel, "The Hate U Give" (Balzer + Bray, 2017, $17.99), which will be released on Tuesday, Feb. 28.

The book follows 16-year-old Starr as she navigates the two worlds she lives in: her poor black neighborhood and her suburban private school, where she is one of only a few African American students. The separation of the two shatters once she witnesses a police officer shoot and kill her best friend, Khalil, an African American teen boy. Starr is forced to discover her voice and speak out about, bridging the distance between her two environments.

Though Grant's case inspired Thomas, she worked to ensure that Khalil's murder didn't resemble any specific person in real life. Likewise, the book purposely doesn't take place in any particular city or state; however, Jackson influenced the setting of the story.

Another crucial element for Thomas is that this book is not "anti-police." In the book, Starr's uncle is a police officer. In addition to discussing the reasons why black lives matter, this character shows the struggle that many African American police officers face.

Since Thomas first began writing this story, the racial climate in America has intensified, but she says that she still faced doubts about the subject matter until a literary agent assured her it was appropriate and asked to read her manuscript.

That wasn't Thomas' only doubt, though. She says she had never met another author who looked like her at the time and did not know what it took to become published. In college, she learned more about the process and knew that being an author was in the realm of possibility. Now, Thomas says she is pleased to be a face of success for Jackson, proving to fellow Mississippians that their dreams and goals are reachable. This also gives her the chance to break down stereotypes that outsiders have about Mississippians.

While "The Hate U Give" is just now coming to shelves, the book is already well on its way toward becoming a movie. Last spring, FOX 2000, Temple Hill and State Street won a bidding war for the film rights. Actress Amandla Stenberg of "The Hunger Games" and George Tillman Jr., who directed "Men of Honor," "Notorious" and episodes of "This Is Us" and "Luke Cage," were set to bring the book to screen at the time, though few new details are available.

Though Thomas is not a member of the Black Lives Matter organization, she is a supporter of the movement and says the book is a way to spread that message. The movie is another outlet for it to reach an even broader audience, she says.

"My whole purpose for the book is (that) empathy is stronger than sympathy, and I hope that people who read the book will come to understand why so many of us are angry, hurt and frustrated when we see unarmed black people lose their lives in this country," Thomas says.