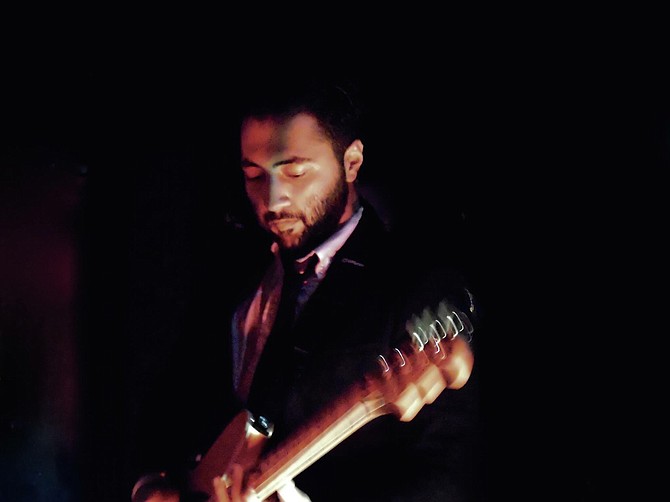 Salar Almakky says his uncle first got him interested in music, introducing him to bands such as The Cure. Almakky, who can play bass, drums and guitar, is currently the bassist and a vocalist for local band Dream Cult.

The band, which is comprised of Almakky, Justin Moreira, Hayden Boyd, and Travis and Cody Bass, has performed in Jackson, throughout Mississippi and has gained national exposure with its new album, "Weekend," which Dream Cult released in July 2016.

Two Dream Cult songs played on MTV's "Real World," season 32, and the group just signed a deal to get their music played in clothing stores. They're also getting ready to tour in the next year. "We have so much stuff written for this next material (that) we need to stand back and take a deep breath," Almakky says.

Almakky, 23, graduated from Mississippi State University in May 2016 with a bachelor's degree in biology. He is currently studying to take the Medical College Admission Test this summer. He says he hasn't decided where he will apply, but it will include schools such as the University of Mississippi Medical Center. He also works as a barista at Sneaky Beans in Fondren.

In his music, Almakky thrives on the creative partnership that comes between songwriting and then performing.

He also credits his roots in Jackson and the city's intimate music scene for his ability to form connections with other musicians for collaborations and fueling his musical journey.

"(Dream Cult) met and are originally from Jackson," he says. "We take pride in where we're from. ... I think (in Jackson), there are a lot more opportunities to communicate with other artists. It leads to collaborations with new bands or people being introduced to other people to start new projects (across) different genres, even."

In his free time, Almakky likes hanging out with his dog, collecting old records and spending time outdoors.

For aspiring musicians, he says, "it has to be what you want to do. You got to want to do it."