OPINION: JPS: The Future of the World 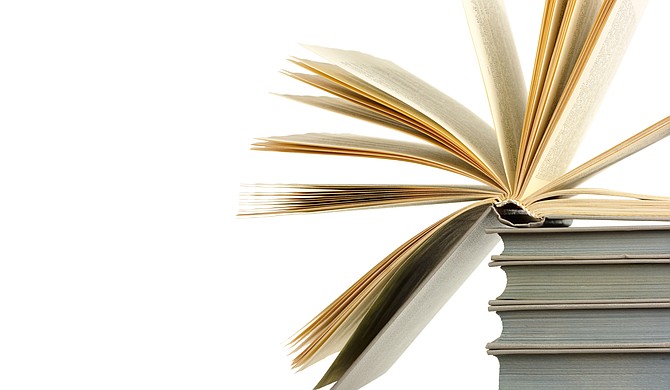 We are not failing. Our schools, like all schools, produce a few bad students, but we also produce many excellent ones. When the debate over what to do with JPS is being tossed around over our heads, we stay in the position we're in now.

I recently walked into the asthma and allergy clinic to get my monthly allergy shot. I slid my ID card through the slot and waited. The only other patient, an older white woman, struck up a conversation. After the initial pleasantries, she asked, "What school do you go to?"

"Murrah." I watched her face fall before she tried to make up for it.

"I love it," I replied. "The teachers and the classes are amazing."

There are a lot of things that I could've said, but that I didn't say. No one listens to your story of your school when the state displays your district negatively. The threat of a state takeover is no longer as immediate as it was a few months ago; the governor, the mayor, the W.K. Kellogg Foundation and JPS have about a year to achieve and complete the district's corrective action plan before the Mississippi Department of Education again reviews the district.

The majority of us are lucky enough that we don't have to worry about where our next meal will come from or where we can sleep with a roof over our head, but there are people sitting in the desk next to ours whose minds are completely occupied with these concerns. With either 60- or 90-degree classrooms and less than a class set of textbooks, it is no wonder that some of our students are struggling.

A lack of resources, including supplies such as soap, reliable transportation and appetizing food, is exhibited through some students' low test scores.

Bag searches as students walk inside and corralling them in the gym until the bell makes them feel like prisoners. When a person is treated like a prisoner, they're more likely to act like one and misbehave.

The worst thing, however, is being told over and over again that because our district and our schools are "failing," we students are also failing by association. An outsider's perception of JPS and the students within it are pushed onto the community, the district, the parents and the students. Most of the time, those perceptions of the district are anything but good.

The schools all have excellent extracurricular programs in which various Jackson schools have stellar reputations. Just a month or two ago, a student from Gautier High School was injured during a cross-country race, and two competitors, JPS high-schoolers who were representing Callaway and Forest Hill, encouraged him and helped him reach the finish line. Wingfield High School showcases a talented robotics team. Hope Credit Union joined forces with Provine High School to start a student-run branch. Murrah's choir is internationally recognized, and their speech-and-debate team competes nationally every year. Jefferson Davis Magnet Elementary School—soon to be renamed after President Barrack Obama—is the state's best elementary school. FEMA selected a JROTC student from Jim Hill as one of the 15 members on the 2017 Youth Preparedness Council.

We are not failing. Our schools, like all schools, produce a few bad students, but we also produce many excellent ones. When the debate over what to do with JPS is being tossed around over our heads, we stay in the position we're in now.

Kids are the least resistant to change when they feel like they have—and they actually do have—a say in what that change looks like. As you're debating about what to do with our schools and our teachers and our lives, consider talking to us, the students, who have more stake in this fight than anyone else. These schools are our future, and we are the future of the world.

Kaitlyn Fowler is a Murrah High School junior who thrives in her school's theater troupe and newspaper staff.

CORRECTION: This story has been edited to reflect factcheck changes. The original version said around 4,400 JPS students, or 6 percent of the student population, are homeless. MDE data shows that JPS serves 25,595 students, so the homeless-student percentage is actually around 17. The Jackson Free Press apologizes for this error.