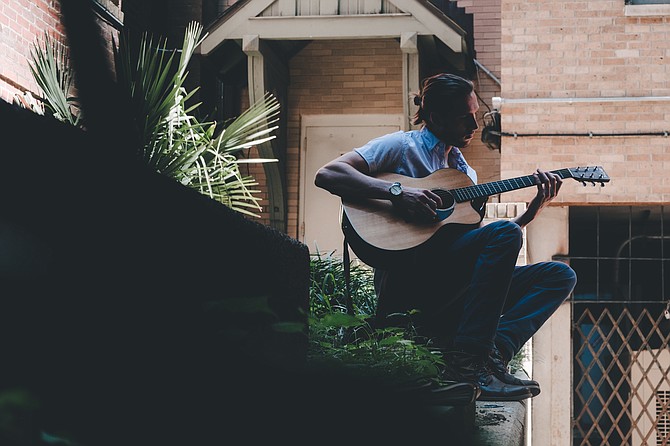 Singer-songwriter Seth Power may plan on putting down roots in the songwriter's Mecca, Nashville, in the near future, but for now, he says that Brandon, Miss., is his home base, and that's not a bad thing.

Over the past year, the Mississippi-native musician has been quietly working away at his second EP, "Magnolia Soul," which he co-produced alongside Jonathan Le Sueur. Recorded at Blue Sky Studios in Jackson, the six-song EP is a follow-up to his 2016 debut, "Show Me," and fuses influences of soul, rock, blues and pop. While those musical elements are one draw, he says that personal stories in his songs tend to be what listeners hold onto.

"According to all of the data I've collected from my first EP, I determined that I have a widely diverse audience, ranging in age from 15 to 60 year olds," he says. "Somehow, the life (stories in music) that influenced me as a kid, and now as a young adult, penetrate the soul, finding (a) way to appeal to people from all walks of life and situations, so that's what I write about because that's what I have experienced along with a lot of other people."

Power first started playing music when he was 8 years old, taking piano lessons, but at age 10, his mother began teaching him to play guitar. The first song that he got hooked on was John Denver's "Leaving on a Jet Plane."

"I think I played that JD song at least a 100 times a day because it was easy, and I could feel it in my soul and spirit," he says. "But I soon developed a penchant for guitar after being influenced by the likes of James Taylor and John Mayer around 12 years old. Then, I started writing songs at 15 and toyed with being a drummer, but the guitar seemed to be what stuck."

Although guitar is still Power's primary instrument, he says piano has been a lifesaver during songwriting dry spells.

"I can hear melodies in my head, and the piano is the best instrument to translate what I hear in my unconscious ... dreams and daytime flashes of insight that come through random thoughts and personal encounters with everyday people," he says.

During his time at Brandon High School, music took a backseat to sports, and after graduating in 2011, Power went to Mississippi State University, where he joined the football team. Ultimately, his interest in pursuing the sport didn't last, but he says that his bachelor's degree in business and marketing with an emphasis in management, which he received in 2015, soon served him well in his music career as that grew to be his passion in life.

While the official release date for "Magnolia Soul" is Monday, Aug. 28, fans can grab the EP a few days early at Power's EP release party, which takes place at 8 p.m. on Friday, Aug. 25, at Duling Hall (622 Duling Ave.). Power and his band, The Part-Timers, will perform songs from the new release along with Mississippi artists Sam Mooney and Jake Slinkard & Co.

"Magnolia Soul" is available on Aug. 28 for streaming or purchase on Spotify, Amazon, CD Baby, iTunes and most other digital retailers. Tickets to the EP release party are $10 at the door and $7 in advance at ardenland.net. For more information, visit sethpowermusic.com or find Seth Power Music on Facebook and Instagram.