Only One ‘Side’ in Fight Against White Supremacy | Jackson Free Press | Jackson, MS

Only One ‘Side’ in Fight Against White Supremacy 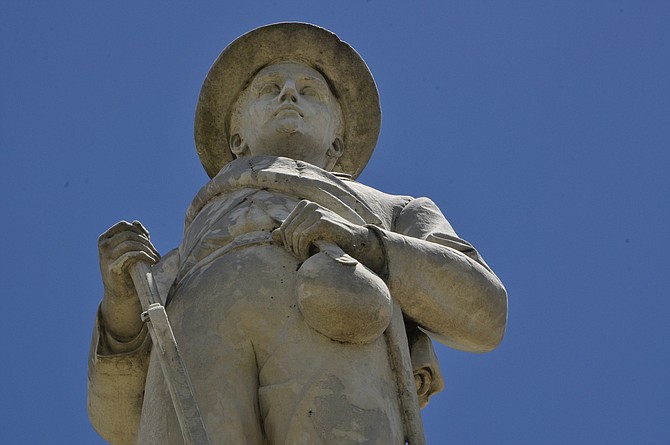 No quest for justice, equality, life, liberty and the pursuit of happiness for all will "replace" people of any race or ethnicity, although some statues may well end up in a museum for people who want to view, honor or study them. Trip Burns/File Photo

Until the 1960s, white U.S. citizens did not want to accept just how bad racism, lynching and violence against African Americans trying to exercise their rights was until TV cameras broadcast the reality to the nation and world. Likewise, often-violent policing that upholds the white status quo—as former FBI Director James Comey called it in a speech at Georgetown University—went unnoticed by much of the country until the iPhone made it impossible to ignore.

The U.S. experienced another one of those national rites of passage last weekend. It started Friday night when haunting images of Nazis and white supremacists marching in lockstep carrying lit torches through a college campus appeared before us. They threw up "seig heils," sometimes turning them into "Seig Trump!" Even before the Nazi driver ran over counter-protesters, turning Heather Heyer into a beautiful martyr against hate, the hoods were off on what the so-called "alt-right" movement is really about. The cameras caught it all, including many clearly middle- and upper-class seething white people there to demand that they not "be replaced."

Those people, and far too many white Americans, seem to think that giving all the same rights—to have opportunities, vote near their homes, go to decent schools and colleges, win statewide office in Mississippi, move into a "good" neighborhood without white folks fleeing them, expect juries to vote to convict blatant murder by cops—somehow replaces them. Likewise, they want the supposed symbols of their "heritage" of fighting in favor of white supremacy, to be front and center on the public-owned square and taxpayers to pay for them.

No quest for justice, equality, life, liberty and the pursuit of happiness for all will "replace" people of any race or ethnicity, although some statues may well end up in a museum for people who want to view, honor or study them. But the white supremacy and the privilege of always being first, or having the last word, or telling other cultures how they must think needs to be replaced post-haste. Our democracy and our nation's strength depend on it.

At the heart of this blind denial is the scourge of false equivalency from self-proclaimed "neutral" or "bipartisan" media that split every story down the middle. That's how we got a campaign narrative last year that Hillary Clinton's email server was as dangerous as Trump pandering to and retweeting Nazis. We heard it this weekend at the White House when Trump talked about "many sides" being wrong at the Virginia rally. We've seeing it since then from defensive white people still trying to tell others how to feel and think because, you know, the people fighting the Nazis can be violent, too.

Yes, they can. No, it's not an equivalent cause.

Being intelligent means knowing how to rise above dangerous devices such as "what-if-ism," false equivalency, fake objectivity and the idea that everything is either "left" or "right." Basic human values are not political, and no party has the right to claim them. But when any "side" decides to allow and excuse hatred based on race and ethnicity, we all must band against them before their movement grows and destroys us. There's only one "side" in the fight against white supremacy. The right one.