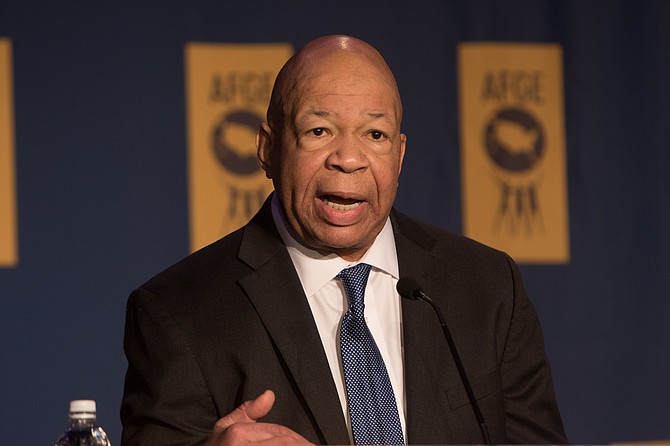 WASHINGTON (AP) — The top Democrat on a House oversight committee has asked a business partner of the Trump administration's former national security adviser, Michael Flynn, for documents detailing Flynn's foreign contacts and security clearance, according to a letter released Thursday.

Rep. Elijah Cummings, D-Md., said in a letter to businessman Bijan Kian that he also wants Kian to produce documents relating to Flynn's travels and ties to foreign businesses. Cummings said Kian told military security clearance investigators in 2016 that Flynn had work relationships with foreign businesses. But Cummings has said that Flynn failed to report those ties.

Cummings' two-page letter provides new details about Flynn's possible legal vulnerability over his disclosures to the government after he was forced out of his post as director of the Defense Intelligence Agency in August 2014. The letter also underscores Kian's importance in federal and congressional inquiries into Flynn, both because of his deep business ties to the retired U.S. Army lieutenant general and their years-long personal friendship.

Flynn's foreign connections are under scrutiny by special counsel Robert Mueller and congressional committees probing Russia's interference in the 2016 election. Separately, the Pentagon's inspector general is investigating foreign payments Flynn accepted, and the House oversight committee has been looking into Flynn's security clearance issued in early 2016.

According to Cummings' letter, Flynn listed Kian in January 2016 as a personal reference on his application for a renewed security clearance, which would provide him with the ability to review classified material even though he was no longer with the military. In his interview with investigators, Kian said that he had been friends with Flynn since 2008 and that he was aware of Flynn's business travels and contacts.

According to previous information released by Cummings, Flynn told investigators about trips to Russia, Japan and Saudi Arabia. But "Gen. Flynn did not report any foreign business relationships to security clearance investigators," according to the clearance report.

Both Kian and Flynn said Flynn had no contacts with foreign government officials. Flynn, however, sat with Russian President Vladimir Putin during a December 2015 trip to Moscow and was paid more than $33,000 and expenses by RT, Russia's state-sponsored television network.

Kelner has previously said that the Defense Department "was fully aware of the trip," and that Flynn briefed DIA officials before he left and after he returned from Russia.

Kian was the subject of an Associated Press report published in June revealing that he took part in sensitive hiring and policy discussions involving U.S. intelligence as a member of President Donald Trump's transition team. During that time, Kian failed to inform Trump's team that he had conducted political work on behalf of a foreign client of Flynn's and might have to register with the Justice Department as a foreign agent.

During the last few months of the 2016 presidential campaign, Flynn relied on Kian to manage many of the day-to-day details of Flynn Intel Group's contract with a Turkish businessman. The contract called for the firm to develop a criminal case against Fethullah Gulen, a foe of Turkey's president, Recep Tayyip Erdogan. Gulen has lived in exile in Pennsylvania for decades.

The firm's lobbying and research work — worth $530,000— drew Justice Department scrutiny in the weeks after the November election. In March, the two men retroactively registered with the Justice Department as foreign agents, acknowledging that the work could have benefited the Turkish government.