Judge Cuts Fine to $20,000 for Man Convicted in Bribery Case 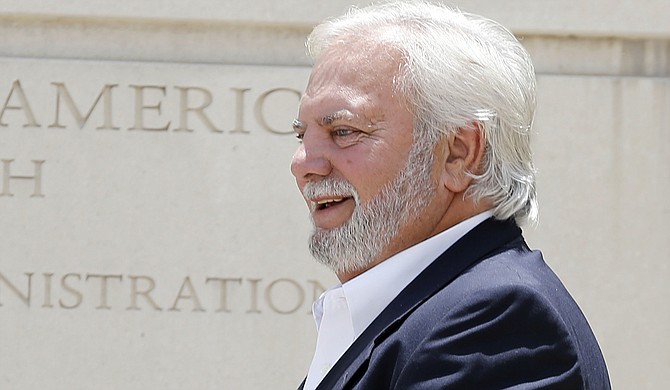 Cecil McCrory, a businessman who bribed Mississippi's former prisons chief, will only have to pay a $20,000 fine, not the $150,000 originally imposed, after he testified Wednesday that his debts outweigh his assets. Photo courtesy AP/Rogelio V Solis

JACKSON, Miss. (AP) — A businessman who bribed Mississippi's former prisons chief will only have to pay a $20,000 fine, not the $150,000 originally imposed, after he testified Wednesday that his debts outweigh his assets.

Instead of his original ruling calling for McCrory to pay the whole amount within six months, Wingate ruled that McCrory should start making fine payments while he is in prison, and be required to pay at least $150 a month once he is released.

Federal prosecutors did not oppose the change.

McCrory came to sentencing with a $1.1 million forfeiture check, but lawyer Carlos Tanner said that check bounced, and McCrory had to later come back with a check for $1.07 million.

The lawyer said the presentencing report prepared for Wingate did not reflect that McCrory's assets would be greatly diminished after the forfeiture.

"He simply does not have the funds to pay it," Tanner said.

McCrory testified Wednesday that his has $40,000 in assets, but owes $72,500 on a bank loan, meaning his debts outweigh his assets by $32,500. That's in part because ownership of McCrory's house was transferred in 2012 to a legal trust that McCrory can't benefit from.

He testified that he and his wife have roughly $4,000 in monthly income from Social Security and other retirement-related sources. His income exceeds his monthly expenses by less than $250.

McCrory was supposed to report to prison April 4, but remains free on bail so he can testify regarding a series of lawsuits brought by Mississippi Attorney General Jim Hood seeking to recover money paid to prison contractors in cases where bribes changed hands. Lawyers handling the case for the state said McCrory is supposed to give a deposition May 15, but lawyers representing defendant companies they want to delay McCrory's deposition until they have more evidence in hand. Wingate said he would set a date for McCrory to report to prison later.