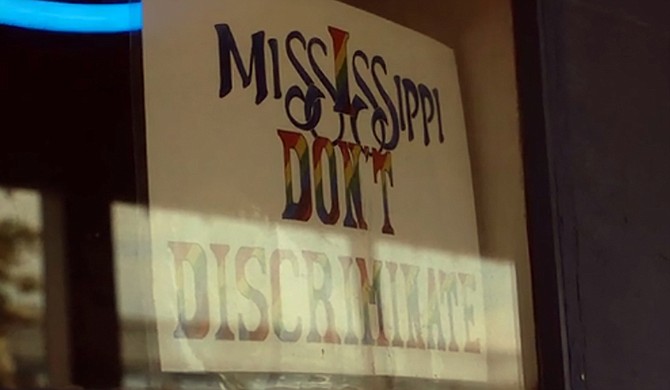 The "All Are Welcome Here" campaign began around the Mississippi Gulf Coast after the passage of House Bill 1523, also called the "Protecting Freedom of Conscience from Government Discrimination Act."

The documentary features interviews from citizens, professors, lawyers and business owners about House Bill 1523 and what the campaign means to them.

For example, in the film, Jamie Temple, who owns Bay St. Louis' The Buttercup on Second Street and is gay, tells the filmmakers about how he feels unsafe when traveling to areas of the state, and talks about how the coast's laissez-faire attitude. He displays "All Are Welcome Here" signs as a way to spark conversation with people who come into his restaurant.

The film juxtaposes these interviews with scenes from the Gulf Coast in order to express the atmosphere that Temple mentioned, and show how some Mississippians are changing the state for the better.