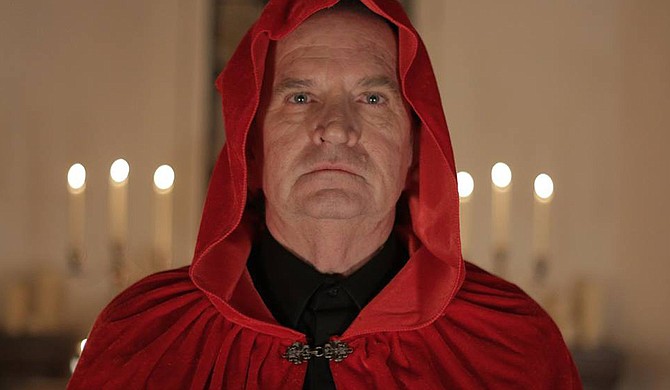 In "A Swarm Come April," director Mary McDade Casteele tells the story of a small religious, cultish community that's preparing for a springtime plague, using scenery, aesthetics and costume not unlike M. Night Shymalan's "The Village."

Viewers may note the film's simple setting, with only the church and a house as its location, and stilted dialogue, with the occasional choppiness. These only add to the air of mystique.

The film opens with main character Lina talking about the ceremony before the impending plague, and then a shot of her wearing a gas mask and gray cloak.

Lina has a cold and callous demeanor, showing condescension to both her mother, Elyse, and a friend that she speaks to in the film. While she mostly displays no emotion, the occasional devilish grin shows viewers that she's up to something possibly heinous. Elyse and Lina's friend both seem afraid of her, but the preacher, who is more than a little creepy, is proud of what she ends up doing.

If you begin to expect that you know what she's up to, you may or may not be right. Just be ready for the ending.

"A Swarm Come April" shows just how scary a religion can be if practitioners take it too far.

"A Swarm Come April" screens during the "Girls Just Wanna Make Films (Films by Mississippi Women Filmmakers)" film block on Saturday, April 8, on screen A from 1 p.m. to 3:45 p.m.