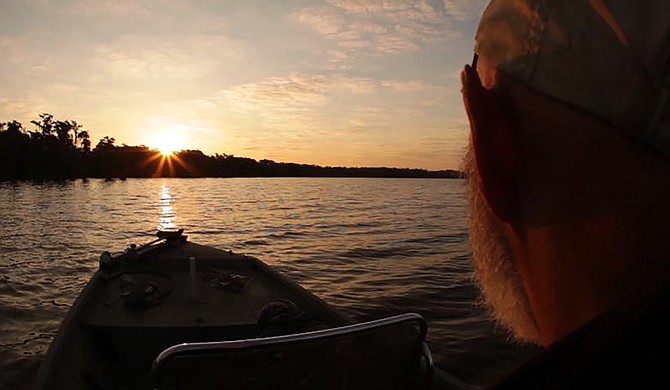 The potent combination of striking visuals, indelible personalities and compelling narrative make the feature documentary, "Forgotten Bayou," one to remember.

The film, which Victoria Greene produced and directed, focuses on the giant sinkhole that formed over a salt dome in Bayou Corne, La., in 2012, and its aftermath. A mandatory evacuation divided and displaced around 350 residents of the once-lively community. Their joie de vivre, stories and loss are at the film's heart.

"Life on the bayou—would utopia be too strong a word?" a homeowner asks early in the film.

"Forgotten Bayou" explores the legacy of a community deeply attached to its swamp surroundings, and the industrial accident that made living there a risk. Residents, government leaders and industry all weigh in during the film.

South Louisiana's atmospheric beauty looms as large as its cypress trees, and the jarring, recurring scene of those long-lived giants tumbling into the swamp's sinkhole is as heartbreaking as the ache of leaving a beloved home behind.

Imagery of the petrochemical industry that relies on the area's natural resources and is the key employer there also enjoys a share of impressive views. But the image of tanks emblazoned with the "Responsible Care: Our Commitment to Sustainability" recurs, too, almost as a silent reminder.

In the tension of use versus love, there's little doubt where viewer sympathy will fall. It will go with those who hurt the most; you can hear and see that in Bayou Corne homeowners.