I’m a Mississippian by Choice—Twice 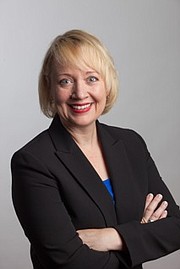 Wait, you were out of Jackson ... and you came back?" The man's face was incredulous. He couldn't understand why someone would leave Jackson, Miss., and then consciously return. But then again, I had spent the last 15 minutes hearing him rant against our capital city.

It was 2014, and I had just moved back to Jackson after being gone for four years. Many people in and out of the city were having a hard time grasping the concept: Why in the world would a midwesterner relocate to Jackson, Miss.—and choose to do it twice?

The answer for me is simple—the people.

I originally moved to Jackson in 2008. WAPT brought me in on a recruiting trip that was two days of intense interviews. The thing that stood out for me was a potluck lunch. This wasn't your usual potluck. This was a monthly luncheon that the managers threw for the employees. The managers would cook and serve the food for the entire station. And during lunch, people had conversations with each other, inquiring about how this family member or that family member was doing. They knew each other better than just their job titles. It sealed the deal for me.

Jackson is the place where I bought my first house, and immediately after moving in, I met my neighbors. But these neighbors didn't just wave at you while getting in and out of their cars or send the occasional Christmas card. One brought me food during moving day because they knew I wouldn't have my kitchen up and running. My neighbor Wally kept an eye on the place and alerted me if something didn't look right. Another neighbor, Margaret, taught me about the plants in my yard and shared starters from her garden. She also shared stories from her childhood in England over numerous cups of tea.

During a Jackson 2000 meeting, where I knew no one, I found one empty seat and asked: "Would you mind if I sat here?" The answer from my soon-to-be friend Lydia: "Well, I wish you would." (Best answer to a question—ever!)

I moved away in 2010 for a promotion, but there was always something missing. Oh sure, I lived in awesome cities with really nice paved streets, water you could drink out of the tap and a public-transportation system in Milwaukee, Wis., that was so reliable, we used it all the time.

But I missed Jackson all the same. None of the cities I lived in had that same sense of community as Jackson.

So I returned. I moved back to neighbors who were happy to see me return. I felt the aching absence of Margaret, as she had passed away the previous year. My friends had stayed in touch during my physical absence, and we picked up with each other, as if not a day had passed. My friend Donna, the editor-in-chief of the Jackson Free Press, was still fighting to be a voice for under-served communities.

Then there were the new connections and new friends.

Everywhere I went, I saw that friendly, hospitable attitude welcoming me back to town. No one called me a "Yankee," "blessed" my heart, or made me feel out of place. They were just glad I chose to come back.

Jackson is home to some talented individuals. They're smart, innovative, creative and just plain amazing. People are creating things in our community that I know will change the world. I also know it can be easy to focus on the bad things that happen here—things you already know about that I don't need to list.

But when we focus on the bad, we overlook the good. We overlook the great people who can make a difference, and actually want to make their community better.

Make no mistake: My favorite thing about Jackson is the people. That is what drew me here in the first place, and what drew me back to make this my home.

As for that guy I met two years ago? When he asked me why I would return, I told him: "I actually like Jackson, Mississippi, and the people who live here. That's why I returned—to make it my home again, and make a difference here. If you don't like it, maybe you should find a place where you'd be happier."

I understand he took my advice and went after a job in a bigger city. He's miserable there, too. Bless his heart.

Dawn Dugle is an award-winning storyteller and CEO of Dugle Media, a business-storytelling consulting firm based in Jackson.