Bringing Gumbo (Girl) to the People 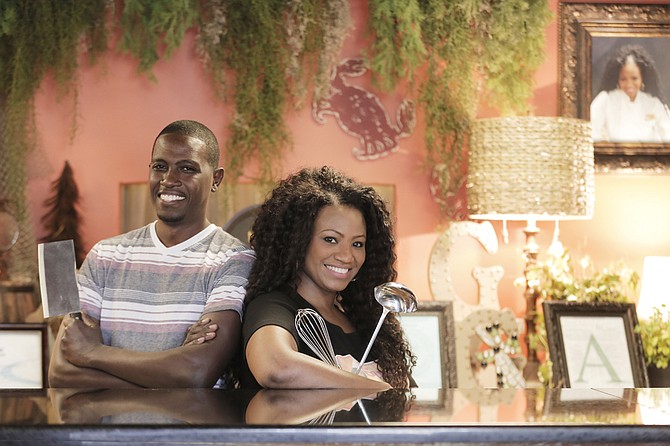 Upon walking through the entrance of Gumbo Girl, customers can smell the Cajun seasonings dancing around the room. Sounds of artists such as Amy Winehouse, John Legend and Corinne Bailey Rae fill the dining area.

In 1999, Marilyn Kithuka fed her curiosity about gumbo, making her first pot from a box of Zatarain's mix. She loved it so much that she began sharing the dish with her family, and later, she decided she should create her own recipe.

The response was good. "People were telling me, 'Marilyn, you need to sell this. It's just that good,'" she says.

Kithuka had no prior business or entrepreneurial experience, so instead of opening a shop right away, she made gumbo for her friends and family and later started selling the dish during major holidays and events such as Christmas and the Super Bowl. For the next seven years, she continued selling gumbo as a caterer.

In 2009, she met her husband, James Kithuka. James, who had previously done information-technology work in Kenya for a bookstore called Books First, knew the ropes of marketing, business, entrepreneurship and graphic design. He felt that his wife's potential to build her brand and start a restaurant was something that should be cultivated, so he taught her everything he knew and even created the logo for the restaurant.

By 2012, the Kithukas had one year of marriage under their belts and were ready to set up shop, only to learn that they were expecting their first child. The couple put opening the restaurant on hold, but the decision worried Marilyn because over the next few years, a number of businesses had come and gone, and she was not sure if the location would still be available.

But two days before Thanksgiving in 2015, Gumbo Girl officially opened for business in the same location, a space connected to a Cisco gas station off Highway 18 West.

Outside of Gumbo Girl, tables with plants hanging above them line the front. Past the entrance, Gumbo Girl's brick bar is topped off with a smooth, wide, black granite countertop.

Behind the bar, the counter is decorated with burlap material, fishing nets, and crabs and lobsters, which give the bar a "surf and turf" feel. In a corner sits a life-sized Mardi Gras mask adorned with beads and peacock feathers.

"We are not strictly Cajun," James says about the restaurant's menu. "At first, we were classifying ourselves as so, but now we are not because our menu is made up of our home recipes. These are recipes that we cook at home and bring to everyone."