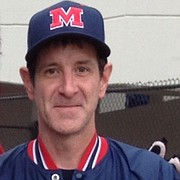 With the University of Mississippi's decision to discontinue the use of "Dixie" at athletic events, the all-too-predictable uproar of those who site "heritage," "tradition," and "political correctness" surfaced in Internet comments and letters to the editor.

Many of the people attacking the university have no connection to Ole Miss beyond being a casual fan or simply using the school as a soapbox for their particular cause. Others are past graduates who want the university to remain in an isolated bubble, where the pages of the calendar never turn.

I am a proud graduate of Ole Miss, and I fully support the university in its decision to discontinue "Dixie" because I know a pep song or a flag isn't want makes Ole Miss special. The uniqueness of Ole Miss is rooted in its students, faculty, staff and alumni.

Eliminating this song from the band's repertoire will do nothing to diminish Ole Miss and only reaffirms the words of our university creed displayed outside the Lyceum. To be sure, the university did not make this decision in a vacuum.

Objections to the use of Confederate iconography go back decades and were a constant source of strife on campus. Objections to "Dixie" specifically also have a long and established record, as the Black Student Union protested the song in the early 1990s, and it left a festering wound of resentment bubbling beneath the surface going back even further.

The university has undergone many changes in recent years, and I contend the school is a much better place for it. We now boast the largest student population in the state, and the construction boom on campus gives evidence to our recent success. Our athletic teams are national contenders now, and recruiting has never been better. Anyone who truly loves Ole Miss should salute the hard work by Ross Bjork, former Chancellor Dan Jones and current Chancellor Jeffrey Vitter. I'm personally proud to have these men leading the university into the future.

Ole Miss' decision does not deny anyone their history or heritage. Supporters of "Dixie" have every right to listen to the song at home or in their car. However, just as those who enjoy "Dixie" have their rights, Ole Miss has the right to no longer be associated with the song.

Richard McNeer received his bachelor's degree from the University of Mississippi in 1996 and his master's from the school in 2000. He is a lifelong Rebels fan.