Some Charter-school Students Could Cross Districts Due to New Legislation 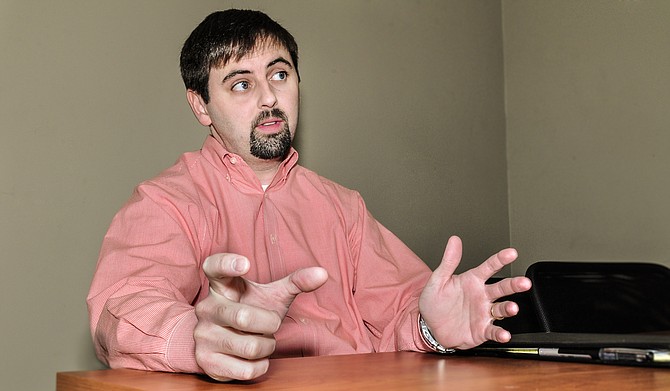 Grant Callen, the fiscally conservative president of Empower Mississippi, says putting more money into public education is not the solution to the problems of academic achievement in the state. He prefers “school choice” and “economic freedom.” Photo by Trip Burns.

Representatives Monday voted to pass Senate Bill 2161, which goes back to the Senate for more work.

Now, no students can cross district lines without local permission. Supporters say they want students to be able to cross district lines in part to allow charter operators a better chance of success in rural areas, where many individual districts are too small to support a charter school. So far, the two operating schools and two more that are approved are all in the city of Jackson.

"By allowing students to cross district lines, charter schools would now be able to open in high-need areas where the small size of many of the school districts has made the creation of a charter school virtually impossible," said Grant Callen, president of Empower Mississippi, which supports charter school expansion.

The House version maintains the requirement that A-, B- or C-rated districts approve charter schools locating there. In D- and F-rated districts, only approval by the state Charter School Authorizer Board is required.

Charter schools could also choose to provide pensions through the state's Public Employees Retirement System under the measure.

House members rejected an amendment by Rep. Tom Miles, D-Forest, that would have precluded students in C-rated districts from leaving their district to attend charter schools elsewhere. Miles said that such schools are performing well enough that they shouldn't be penalized and said some higher-rated districts might fall to a C rating for one or two years. House members had earlier voted, in a House-originated bill, to exclude C-rated schools.

Miles said a number of Republicans had previously expressed support for excluding C districts but failed to vote for his amendment. Although a handful of Republicans did vote for it, Miles attributed its failure to pressure from Republican leaders.

The House also rejected amendments by Rep. Jay Hughes, D-Oxford, to require charter schools to provide transportation and to exclude them from state pensions.