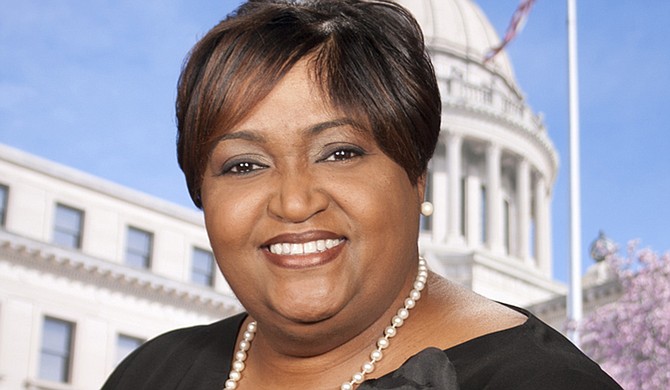 African-American colleagues from the House and Senate elected her last week, and she says she wants to bring more attention to public education, health care and economic development.

"I want to reorganize and structure the caucus so that we can be more effective, show more presence and represent African-Americans in our state more effectively," Williams-Barnes, 46, told The Associated Press.

About 38 percent of Mississippi residents are black, and legislative representation still falls short of that, despite efforts to increase majority-black House and Senate districts in the past two decades.

Mississippi has 174 legislative seats, and 51 of them are held by African-Americans. That's 29 percent. Black representatives hold 38 of the 122 House seats, or 31 percent. Thirteen of 52 senators, or 25 percent, are black.

Williams-Barnes succeeds Democratic Rep. Earle Banks of Jackson in a caucus leadership role he filled the past several weeks because the former chairman, Democrat Kenny Wayne Jones of Canton, lost a bid for re-election to the Senate in 2015.

Williams-Barnes is serving her sixth year at the Capitol, and she brings considerable people skills from her real-life job as a funeral home owner. Like many other undertakers who have found success in Mississippi politics, she has developed an empathetic demeanor and a sense of humor from helping people cope with some of the toughest times of their lives. She has also proven to be a no-nonsense advocate for issues important to her constituents, including pushing for school funding and working to reduce teenage pregnancy.

In 2012, during her first session in the House, Williams-Barnes spoke against a bill that would have created stricter enforcement against illegal immigration.

"Let us show America we are not the narrow-minded people they say we are," she implored the House. The bill passed the House 70-48 but died in a Senate committee.

In 2013, Williams-Barnes and Rep. David Baria, D-Bay St. Louis, joined a community coalition in asking a legislative committee to release an analysis of spending on the state port expansion. She said the expansion used public money, "so it should be public knowledge.

In 2014, she sponsored a bill to restore voting rights to a Gulfport man who had been convicted of grand larceny in Wayne County in 1978; the man said he was 63 and had never voted. It was one of three suffrage restoration bills passed and signed by Republican Gov. Phil Bryant that year.

Last week, she said she was disappointed there has been no legislative debate this year on removing the Confederate battle emblem that has been on the Mississippi flag since 1894. The public display of Old South symbols has been widely discussed since the massacre last June of nine black worshippers at a church in Charleston, South Carolina. The man charged in the slayings had posed with the rebel flag in photos published online. Several Mississippi cities and counties and some universities have stopped flying the state flag since then.

"I'm still being optimistic and looking forward to a resolution addressing the flag," Williams-Barnes said.

She said the Black Caucus has not discussed what a new state flag should look like, but: "I think the main thing is removal of the Confederate image, so that the flag represents all of Mississippi."