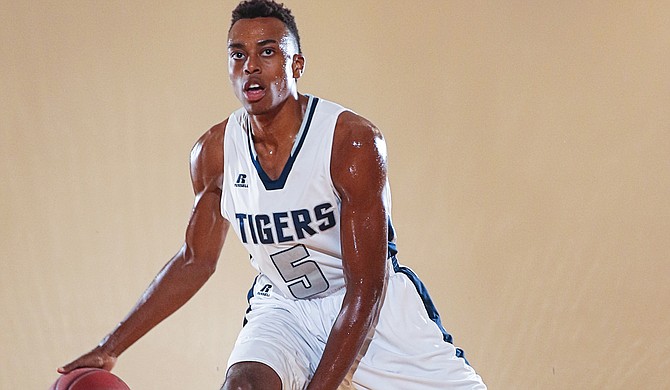 No. 3 seed Jackson State University has only one path to get to the NCAA Tournament: winning the SWAC Men's Basketball Tournament, which is at the Toyota Center in Houston.

If Jackson State is going to make great strides in postseason play, the team is going to need big games from Paris Collins. Along with Raeford Worsham, Collins is one of the major reasons that the Tigers have a chance to win the tournament.

After high school, Collins went to Des Moines Area Community College to continue his basketball career. He finished second on the team in scoring with 14.2 points and with 6.1 rebounds per game, and the team finished fourth in the National Junior College Athletic Association Division II National Championship.

In his first season at Jackson State, Collins has played in 30 games and made 21 starts. He is No. 2 on the team in scoring, averaging 13 points per game and six rebounds per game. Collins is also No. 2 in steals with 57, and No. 11 in three-point field goals with 44 and blocked shots with 21 in SWAC play.

Collins helped Jackson State to a 17-14 overall record and 12-6 in SWAC play, with the Tigers finishing third in the league behind Texas Southern and Alcorn State. Today's game against Prairie View can be heard on 88.5 FM WJSU.

The guard is majoring in psychology and is the son of Sterling and Janie Collins. He has four brothers, Lorenzo, LaRon, Tino and DeMarco, and three sisters, Shanara, Siara and Sherita.