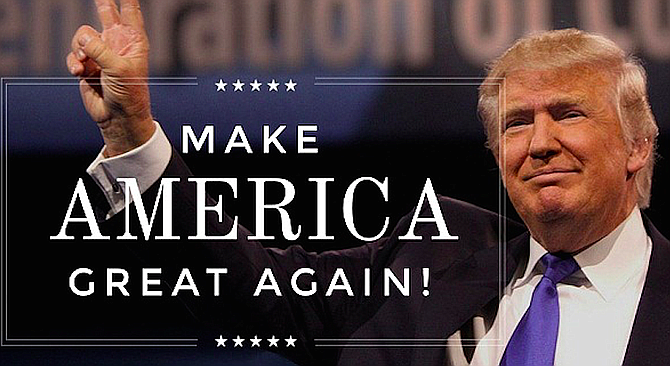 This evening, Madison Central High School plans to open its doors to a rally for presidential candidate Donald Trump, which might be as much educational involvement the public has seen from Trump's campaign since it began. Trump has expressed his love for the "poorly educated," but so far doesn't have any official plans in order to improve their condition. His website outlines his positions on immigration reform and the Second Amendment, among other topics, but his only position on education is in a short video that can be summed up in three words: "No Common Core."

The Republican frontrunner is against Common Core, the brainchild of the National Governors Association and the Council of Chief State School Officers, insisting that education has to be "local" and that candidates like former Florida Gov. Jeb Bush, who support Common Core, want children to be educated by Washington, D.C., bureaucrats. Common Core is not a federal education program, however, but the Obama Administration incentivized it, awarding "Race to the Top" grants to states that adopted it.

Mississippi has formally adopted Common Core, though the state withdrew from Partnership for Assessment of Readiness for College Careers, or PARCC testing on Jan. 15 of this year. All House and Senate bills providing for changes to Common Core, including its outright abolishment, died in their respective education committees this year.

Trump's 2000 book "The America We Deserve" speaks on education issues that his campaign seemingly doesn't. Trump supports "school choice" and says that competition will improve public schools, and despite his love for the poorly educated, he also says that he thinks schools should stop "dumbing down" curriculum. He is distrustful of teachers' unions, and believes they should be abolished. On the campaign circuit, Trump has mentioned cutting the U.S. Department of Education, a popular position among many conservatives including former Gov. Haley Barbour.

House Education Committee member Rep. Charles Busby, R-Pascagoula, isn't aware of any Trump plans for policy either, but said that the candidate's education policy, or lack thereof, isn't why he is voting for him. Busby says Trump's anti-establishment views, in addition to his rejection of "political correctness" and his courage in speaking his mind helped capture his endorsement.

Sierra Mannie is an education reporting fellow for the Jackson Free Press and the Hechinger Report. Email her at [email protected]

Correction: A previous version of this story called Rep. Charles Busby, "Greg Busby." We apologize for the error.