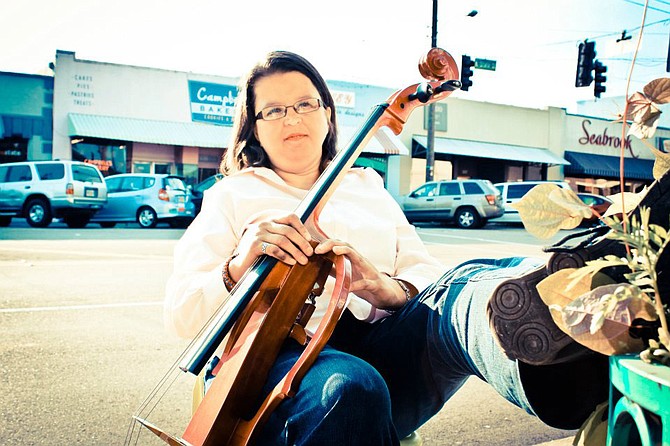 Susan McGee wets a sheet of watercolor paper and drops paint on the surface, the color spreading and creating marks on the wet canvas.

Once she pulls the plastic from the paper after a few days, the negative image of the item that she placed on the paper remains on the canvas. She sometimes adds rubbing alcohol to the water to produce "the cool look," she says.

McGee, a full-time Teaching English to Speakers of Other Languages instructor at Jackson State University, works with experimental watercolor, digital art and card creation. McGee says she has always been interested in watercolor painting, but it was a demonstration at the Mississippi Watercolor Society that inspired her to try it for herself.

"I've been drawing since I was 5, and I never painted because I didn't have anybody to show me how until I got to college," she says. "That's when I started painting." 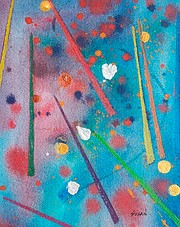 McGee has lived in Jackson her entire life, along with her mother, sisters and many members of her family, who all live about 15 minutes from each other in the area. She received her bachelor's degree in graphic design from Mississippi College. She taught English in Asia for five years and has taught at JSU for the last 12 years. Currently, she resides in Brandon.

For years, McGee has painted watercolor, acrylic and pen-and-ink pieces. Although she has been teaching and taking care of her mother for some time, art has always been a passion that she revisits, she says.

She also takes inspiration from Kat Von D, the famed tattoo artist who formerly starred on TLC television show "LA Ink." McGee says she believes that tattoo artists are "true artists" due to the attention to style and detail that most display.

It was this inspiration that prompted her to get an electronic drawing pad to attach to her computer. From this, she started her own business creating digitally drawn greeting cards. Her company, The Funky Muse Art Cards, has been active for three years and provides specialized cards with digital art on it for any occasion. With her drawing pad and stylus, she sketches her subjects, and they go straight to her computer. Then, she places linear graphic images on cards.