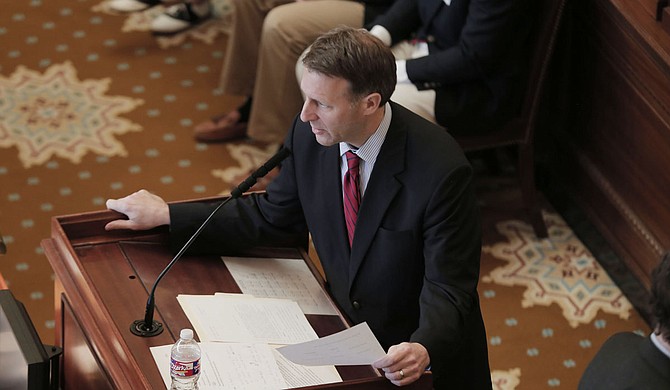 Sen. Gray Tollison, R-Oxford, is a former Democrat and public-education proponent who is acting as the front man in education battles in the Senate. He authored seven involuntary school-consolidation bills this session despite failed attempts at passing some of those same bills in the last two legislative sessions. Following former Gov. Haley Barbour's lead, Tollison told The Hechinger Report in 2015 that maintaining money saved by administrative cost reductions could go back into classrooms.

In 2010, Augenblick, Palaich and Associates, an education consulting firm, recommended the consolidation of 18 Mississippi school districts. The report predicted $12.5 million to $13.8 million in savings, but made clear that this would not serve to reduce state aid to school districts.

Though some Mississippi school districts have seen success with consolidation, there is a lack of substantial data showing that consolidation in rural areas positively affects student achievement.

Mississippi Department of Education data show that after consolidation in July 2014, 22 percent of Sunflower County Consolidated School Districts students failed a standardized reading assessment in May of the next school year.

Sen. Barbara Blackmon, D-Canton, says mass consolidation in Mississippi has occurred so far without evidence that it will lead to scholastic achievement.

Blackmon has authored a bill that requires the analysis of the effect of consolidation on districts after a period of three years.

"These districts seem arbitrarily consolidated," Blackmon said in an interview. "It is represented that it (consolidation) will save money and increase test scores, and I just wanted to be able to effectively evaluate it.

A 2011 report by the National Education Policy Center recommends that instead of prescribing involuntary consolidation as a cure-all solution, states should decide consolidate on a case-by-case basis. "[I]mpoverished school districts often benefit from smaller schools and districts," the report states, adding that "irreversible damage can occur" with consolidation.

The report also specifically warns that the claim that school districts are saving money by reducing the number of superintendents is a "dangerous oversimplification."

"It's important to keep in mind that every bit of this consolidation conversation has been around consolidation of administrative functions and not consolidation of schools," former Mississippi Superintendent of Education Tom Burnham told the Jackson Free Press in 2010.

If involuntarily consolidated districts don't reflect substantial gains in accountability and accreditation, Blackmon's bill will require that those school districts be released into their own autonomous districts once more.

Creationism is having a moment in the Mississippi Legislature.

Rep. Mark Formby, R-Picayune, introduced House Bill 50, with the support of several House Republicans, to support teachers in discussing the religious version of the origin of humanity in science classes.

The bill seeks to "create an environment that encourages students to explore scientific questions," but not necessarily with the use of accepted scientific methods. The bill would prohibit the state Board of Education, local school board, public school superintendent, public-school administrator or principal from intervening in a classroom where the teacher is allowing students to explore creationism.

The sponsors are quick to clarify in the bill that its intentions are specific to science curriculum and not intended to "promote any religious or non-religious doctrine," though the bill calls "biological evolution, the chemical origins of life, global warming and human cloning" as topics "that may cause debate and disputation."

"It's OK to encourage discussion in general, but eventually you have to get around to evidence, and that's the key," Lago said. "Science is science, and religion is religion, and both merit study, but you should not be studying science in religion class and religion in science class. If I'm teaching a course in cell biology, I shouldn't be talking about photography. It doesn't make any sense."

"It seems to me when bills like this get passed, it's a recipe for setting back education several steps," Lago added. "It would be very sad if they did that."