Lead Me to Steepwater 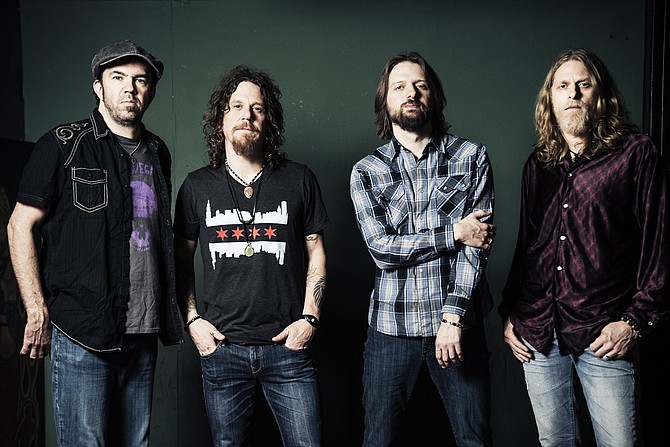 "We're different from everyone else."

That is what Jeff Massey, the lead singer and guitarist of The Steepwater Band, will tell you if you ask him to describe the Chicago-based rock-'n'-roll act, but it's not a bragging statement for him as much as it is a testament to the core that has kept the group together for more than 15 years.

Formed in 1998, The Steepwater Band consists of Massey, bassist Tod Bowers, drummer Joe Winters and guitarist Eric Saylors. Save for adding Saylors as a fourth member in 2012, the band has kept the same lineup throughout its tenure, to which Massey attributes the sound that Steepwater fans have come to know.

"I think if one person left, it would sound completely different," he says. "At the end of the day, it's not about perfection; it's about feel and chemistry. We're a true rock band, and we stay true to that."

That commitment to "true rock" derives from the musicians growing up in the music scene of Chicago, which has a healthy dose of both blues and rock, Massey says. They became fans of artists such as Muddy Waters, The Rolling Stones and Led Zeppelin. This fusion of styles gave The Steepwater Band a roots-rock and southern-rock feel that incorporates rock guitar riffs with blues chord progression. But mostly, Massey says, the best way to describe the band's style is "honest."

"Our sound is real, and it shows in our music," he says. "I realize that 'rock 'n' roll' is an outdated and vague term, but our music has swagger and honesty. It's all about the groove and the vibe."

Those tenets are at the center of The Steepwater Band's sixth studio album, "Shake Your Faith." Massey says this record presents the group's signature sound with a new twist, due to producer Jim Wirt, who has worked with acts such as Incubus, Fiona Apple, Hoobastank, Something Corporate and Jack's Mannequin.

Wirt, a new partner for Steepwater, recorded the album at Crushtone Studios in Cleveland, Ohio, and Massey says working with an experienced producer helped the music evolve.

"He has had a great career, and he really understood our sound," he says. "At the same time, he really took us out of our bubble and led us to trying new things and new instruments just to give the songs some edge. We are really proud of it."

The title of the album comes from thinking of someone that stays positive despite all the negativity in the world, which Massey says is evident in the title track, one of the more serious songs they've written.

"Some songs have a message, and some are just funny," he says. I guess that's just rock 'n' roll."

Massey says Jacksonians can expect a high-energy show when The Steepwater Band performs at Martin's Restaurant & Bar (214 S. State St.) on Friday, Dec. 16, at 9 p.m. While the musicians have an ever-evolving set list, he says their main concern is delivering a raw and unforgettable rock show, not looking flashy.

"We don't do the lights and whistles," Massey says. "We just play, and we enjoy playing. I really think people see that. We never give half an effort, and we always keep our show fresh. You will definitely remember it."