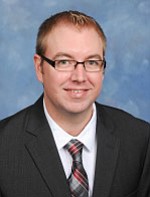 Recently, news media outlets criticized pharmaceutical company Mylan for the price increase of the brand drug EpiPen. Within the timespan of only a couple of months, the price went up to $600 for a pack, while a vial of the active drug epinephrine costs less than $1. EpiPen has saved countless lives from anaphylactic shock, so clearly, the outrage is justified, but the target of the frustration is not. Instead of focusing on Mylan's greed, people should be angry at the systems that enable such markups.

The main system that controls the market in the U.S. pharmaceutical world is the Food and Drug Administration and the Drug Enforcement Administration. The FDA regulates medication safety, and the DEA regulates medication scheduling. One major difference in the pharmaceutical market from other markets is that the FDA grants market exclusivity with a 20-year patent. A problem is that the patent does not apply only for new medications. It also applies for "new" patents for the extended-release version of the same and soon-to-be-expired patented medication. Mylan acted no different with EpiPen. With the drug's patent set to expire in 2007 and generic Adrenaclick on its way, Mylan received a new patent on the device. With a new patent standing, the FDA would not approve the generic Adrenaclick as an alternative. This prevents pharmacies from having a generic while leaving patients with a more expensive brand co-pay.

Other systemic problems exist with the manufacturers' ability to influence policy through lobbying. Brand manufacturers also have the ability to "freeze" generics from the market by challenging the company in court. This forces the FDA to freeze approval of a generic for 30 months, unless a settlement is reached. Mylan also pressured the FDA with petitions against generic company Teva's pens, which the administration pulled off the market shortly thereafter. Mylan continues to urge the FDA and DEA not to designate epinephrine to be over-the-counter, where it would be offered to the general public.

Many countries regulate the cost of medications through price-control measures. In Japan, for instance, the government sets the price for all services and products that providers can charge. The Heritage Foundation found that the implementation of price controls results in average brand-drug prices that are 74 percent of the U.S.'s price levels in Canada, 64 percent in France and 74 percent in Germany. The price for generic drugs are, however, more expensive in other countries. For example, drug costs in Canada are 133 percent more than in the U.S., 108 percent more in France and 151 percent more in Germany. I argue that the U.S. effectively subsidizes other countries' ability to price control, which is demonstrated in the fact that the U.S. makes up 41 percent of the pharmaceutical-industry sales.

As medication costs continue to be an issue in the U.S., the EpiPen magnifies the systemic problems in place. The 20-year patent life is longer than in all other countries, and a change in that would increase generic availability and competition. Moreover, a new patent for substantially the same medication extends the manufacturers' control beyond the already lengthy 20 years. The FDA should also not be forced to freeze out generic companies at the brand manufacturer's request. In addition, the decision whether to be OTC should not fall to the manufacturer. The FDA and DEA should have an obligation to re-evaluate all non-controlled medication and make a determination on whether it should be OTC. All of these changes would help save costs through more market competition.

Lance Clark is a third-year law student at Mississippi College School of Law. Before law school he worked as a certified pharmacy technician.