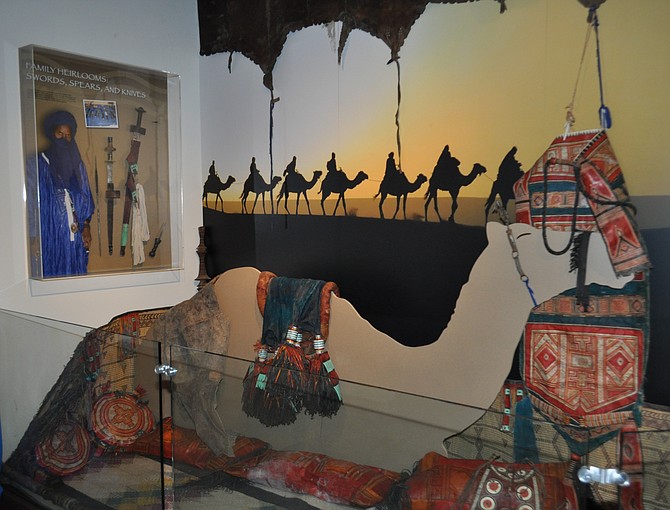 The International Museum of Muslim Culture partnered with the City of Jackson for Islamic Heritage Month, which was in April. Trip Burns/File Photo

JACKSON — Khalid Hudson converted to Islam about 16 years ago, though his wife, Khadijah Rashid-Hudson was born into a Muslim family. Hudson is a native of Chicago and spent most of his adult years in Iowa and North Carolina, though he says his roots are grounded in Mississippi soil, where his grandparents were born and raised. Rashid-Hudson is a Jackson native who spent much of her adulthood in Los Angeles.

The two married last year, prompting Hudson's relocation to Jackson and the beginning of his career at the International Museum of Muslim Cultures. Being the special projects and community outreach coordinator there allows him to use his past experience to literally "walk that talk" of the lifestyle he professes, he says.

"There is so much history that we are not aware of, but the good thing about that (is) it will always be there for us to discover once we do," Hudson says.

The International Museum of Muslim Cultures hosted its first Islamic heritage celebration this month after Mayor Tony Yarber proclaimed in March that April would serve as Islamic Heritage Month. With presentations on the Islamic cultures found in America, Africa and eastern Asian countries such as India, Pakistan and Bangladesh, Jacksonians had plenty of opportunities to learn about that faith's practices from around the world.

During most Saturdays in April, people presented different Muslim cultures, such as countries in East Asia such as Pakistan, Bangladesh and India, and let participants try food from each country.

April also marks the 15th anniversary of the International Museum of Muslim Cultures opening in the Arts Center of Mississippi (201 E. Pascagoula St.). Throughout the month, the museum showed how Islam arrived in this area and other parts of the world while also looking at the culture of each region, including local dress, food, history, music and art.

Hudson says it is important that people have something like Islamic Heritage Month in these times because communication is the key to breaking down the barriers that separate us all. For instance, the museum's interfaith dialogue series works to help those of different religious backgrounds find common ground.

"Seeing the growth since I've moved here, as far as community involvement, motivated us to cultivate the month," he says. "Jackson has so much to offer."

When the couple approached Yarber with the idea, he welcomed it and assured the City of Jackson's full support. The couple plans to continue helping the museum grow next year by helping to develop new programming and further improve the young adult and youth involvement.

On April 30, Jacksonians can attend an all-day Islamic Heritage Festival at the Mississippi Museum of Art's Art Garden that will include children's activities, a bazaar, food from different cultural groups, Islamic art, a fashion show, performances featuring traditional dances and music, vendors, exhibits, films and free health screenings. The event is free and open to the public. To see a full schedule of activities, call 601-960-0440 or visit muslimmuseum.org.