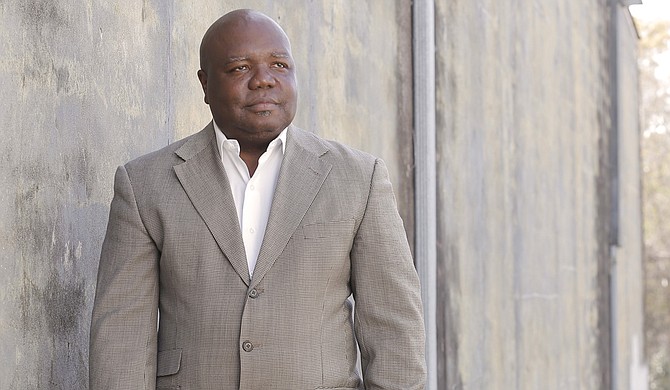 As a professional photographer and branding coach who helps clients seek out roles in modeling and acting, Mitch C. Davis says he enjoys the freedom that working freelance affords him and the chance to meet and help up-and-comers across the state.

"Freelancing gives me the ability to reach out to the average individual, to work with Mississippians and help produce quality actors and models as well as photography in the state," he says.

Davis, a 49-year-old Jackson resident, attended Lanier High School and went to Southern Technical College in Jackson, which is now closed. After graduating with a bachelor's degree in electronics in 1988, he took a job managing a call center for BellSouth (AT&T bought the company in 2006) in Jackson.

Davis' first opportunity to use his photography to help someone be discovered came when he photographed a male model named Ja'kel Marshall. Davis sent some of the pictures he took to the production crew for the movie "The Help," which was filming in Jackson, and Marshall got the call to be an extra.

In 2012, he began to work as a branding coach, conducting photo shoots for prospective models and actors, and helping them work on resumes, networking and preparing portfolios to submit to casting companies.

Davis has also been part of larger productions, including assisting casting director and producer Maximus Wright with finding actors for the film "Soul Damage," which was recently in production in Jackson. Davis has completed more than 60 modeling and film contracts for Mississippians so far.

"The people I work with are newcomers just entering industry, but they work hard, and I work hard to help them get their roles," he says. "I give opportunities to people who might not have them. I'm working to help bring more productions to Mississippi and cast locals, so I can show people that Mississippi can be a big part of the movie and modeling industries."

Davis has also been doing freelance work for the Jackson Free Press for five years, including helping out at the monthly Fondren's First Thursday events and the Best of Jackson party.

While working with Mississippi locals and helping local industries are both important parts of his profession, Davis says his favorite thing about freelance photography is being a part of capturing history.

"The first opportunity I got to photograph someone professionally was a grandmother who was in a nursing home," he says. "Her family called me and explained that she was extremely ill, and they didn't have any pictures of her. I remember she smiled for what they said was the first time in years because all her grandchildren were there. Those pictures became some of that family's most valued possessions, and I feel like I was part of that."