Mississippi: Another Crooked Letter for Us All | Jackson Free Press | Jackson, MS

Mississippi: Another Crooked Letter for Us All 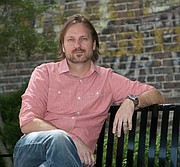 This is what I'd like to know: I'd like to know how many times Gov. Phil Bryant or any of his blind legislative followers have been blocked from praying to their God, or attending the church of their choice, or reading their Bible, or going on a mission trip, by a person of another race, ethnicity or sexual orientation.

I can answer my own question for me and you: never.

All of which makes the following so hate-filled and hypocritical.

HB 1523 made it lawful in Mississippi to discriminate against someone because they are different from you, based on protecting what? You guessed it: religious freedom. It makes it lawful to prohibit employment, housing and service to an individual because that person does not live by the standard, as the governor and our legislature has explained, of God's law. But there is no explanation of whose God, and what the correct interpretation of God is supposed to be, and why we are being so selective as to which of God's laws we are choosing to legally enforce. Or what makes Phil Bryant privy to what part of the Bible we should really be paying attention to.

I don't know any of the representatives who voted for this discriminatory bill. But I do know that among them are men and women who are guilty of at least one of the following on a daily basis: They are overweight, smoke too much, drink too much, watch or have watched pornography, lie, take money to vote a certain way, engage or engaged in premarital sex, have been unfaithful to their spouse, gossip, judge others and lose their temper. All of which, if I'm correct, are listed right there in the good book they are shaking in the shadow of HB 1523.

Apparently, our spiritually enlightened state government is privy to a list of biblical warnings, put in order of worst to first, with the sins of public officials being way down toward the bottom. Another page I missed in Sunday School.

Like so many other Mississippians, I am stunned by HB 1523. And I am saddened and hurt. Not only because we have a governor willing to put forth such a bill, but that we have state representatives willing to vote it into action without so much as a shoulder shrug. And what message have they sent? They have once again told everyone outside of our state lines that we are the same Mississippi you believe us to be. We do not make everyone feel welcome. We do not make everyone feel safe. If you live here, or if you come here, and you are different, then that is exactly how you will be treated. And I'm sticking my Bible in your face to prove to you I'm right, though I have torn out the Sermon on the Mount, where Jesus stands in front of the multitudes and tells us how to be tolerant and kind. To everyone.

I love this place. I have swam in her creeks, sung in her choirs, slid headfirst in her red dirt. I know Mississippi and its people to be full of empathy, full of creativity and charm. I know them to give to one another in time of crisis. I know them to dance together and work together and be filled with a vitality that is unique to this country. I know how beautiful the sun sets across the rolling hills and how magical it is on a summer night to hear the cicadas and watch the fireflies dance across the dark.

Our people have fought for decades to rid ourselves of stigmas, both earned and unearned, to make Mississippi a place anyone can call home. A place where anyone can walk down the street or walk into a place of business and not feel like an alien.

Because Phil Bryant believes sinners should be able to legally judge sinners. Because men and women given the power to govern, but who are without the ability to think for themselves, followed him down the rabbit hole of discrimination. It sickens me that our governor and his legislature are unwilling to let the rest of the world see us, our Mississippi, for what we have tried so hard to become.

Michael Farris Smith is the award-winning author of "Rivers" and "The Hands of Strangers." He has two forthcoming novels: "Desperation Road" and "The Fighter." He lives in Columbus, Miss., with his wife and daughters.