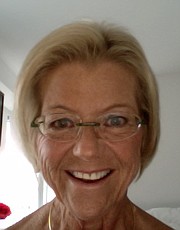 JACKSON — I intensely followed the journey of HB 1523 through the Mississippi Legislature. During this time, I wrote many letters to legislators about the bill, querying their reasons for their support or opposition to the bill.

My own representative, Sen. Walter Michel, responded with a quip but no reason for his support. Others supporting the law were completely silent.

I understand many citizens' concerns with their "closely held religious/moral beliefs," as I have many of my own. My deeply held beliefs revolve around adultery, out-of-wedlock births, living on welfare when one can work, the slavery of taxation and discrimination against those who are "different," including those of the LGBT community, those of non-mainstream religious beliefs, those of differing political beliefs and those who hold no religious beliefs.

My opposition to the Mississippi Sharia Statute 1523 is based on my objection to the "protection" of some citizens' "deeply held moral beliefs" and not others. Why does this bill protect only the "religious rights" of Christians who oppose marriage between homosexuals, participation in sex-reassignment surgeries and associated medical care, and not others? The obvious and repulsive answer is this: Taken to its extreme, the essence of this bill lays the foundation for discrimination against anyone for any "purported" religious or moral objection.

The Mississippi Sharia Statute 1523 would/could protect me from refusing to administer medical care to any man or woman who committed adultery or had sex or an infant out of wedlock, if I object on the basis of my "deeply held moral beliefs." Would this law allow me to refuse medical care to any adulterous Mississippi legislator at the Capitol if I were assigned to be the "doctor of the day" for them? I submit that the State of Mississippi and the federal government would revoke my medical license and my participation in any and all state and federal medical insurance programs in a New York minute.

This bill is odious in its content, but more importantly, in its intent. It begins with "protecting" Christians opposed to gay marriage. The next step will be to follow the lead of an equally ominous law in Tennessee entitled, the "Religious Freedom Restoration Act," which allows providers in mental-health services to transfer care of patients with issues that violate the workers' "deeply held religious beliefs" (anti-LGBT) to other providers.

I ask those who support this law to consider themselves living in an Islamic-majority state whose other-than-Christian legislature passes a Sharia law that allows workers in the Department of Motor Vehicles from refusing to issues drivers' licenses to women, that allows judges to impose cutting off the hand of a criminal convicted of robbery, that allows a judge to impose the stoning of a woman (only) who commits adultery. I ask them to imagine that they are a clerk in a marriage license department who is forced to issue a license for a man's fourth wife.

I have asked the Mississippi State Medical Association to formally oppose this law, and I intend to make a resolution at the annual convention this summer.