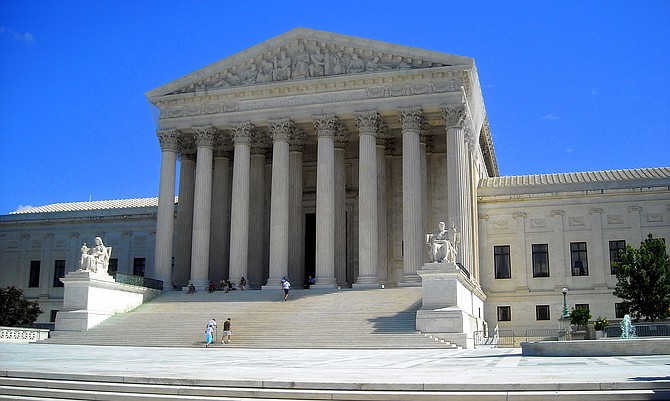 WASHINGTON (AP) — Texas abortion clinics are asking the Supreme Court to take up a major case about abortion rights in the midst of the 2016 presidential campaign.

The clinics said they filed an appeal Wednesday aimed at permanently blocking parts of a state law that already have forced nearly two dozen clinics to close and would leave the second most populous state with 10 abortion providers. If the law passed in 2013 takes full effect, there would be no clinic west of San Antonio and only one would operate on a limited basis in the Rio Grande Valley.

In June, the justices granted an emergency appeal to put new clinic regulations on hold temporarily while the clinics appealed to the high court. The justices' action was a strong indication that they eventually would take up the case.

Texas had 41 clinics when the law took effect; 18 remain.

Republican presidential candidate Rick Perry was Texas' governor in 2013 and signed the bill into law.

The justices probably won't consider whether to hear the case for another two months, but that would still leave ample time to schedule argument and render a decision by late June.

The legal fight is over two provisions of the law. One requires abortion facilities to be constructed like surgical centers. The other only allows doctors to perform abortions at clinics if they have admitting privileges at a local hospital.

The case could allow the justices to give more definition to the key phrase from their last big abortion ruling, Planned Parenthood v. Casey, in 1992. States generally can regulate abortion unless doing so places "an undue burden" on a woman's right to get an abortion.

Backers of the regulations say they are common-sense measures intended to protect women. Abortion rights groups say the regulations have only one aim: to make it harder, if not impossible, for women to get abortions in Texas.

A three-judge panel of the federal appeals court in New Orleans upheld the new clinic regulations in June and would have allowed them to be in force even during the Supreme Court appeal.

The justices voted 5-4 to prevent that from happening. Chief Justice John Roberts and Justices Samuel Alito, Antonin Scalia and Clarence Thomas would have allowed the state to move ahead.

The Supreme Court also is weighing an appeal from Mississippi, which is seeking to enforce an admitting privileges requirement that would close the last abortion clinic in the state. A different three-judge panel of the same federal appeals court, the 5th U.S. Circuit Court of Appeals, has blocked the Mississippi law.