Delving into the Delta King 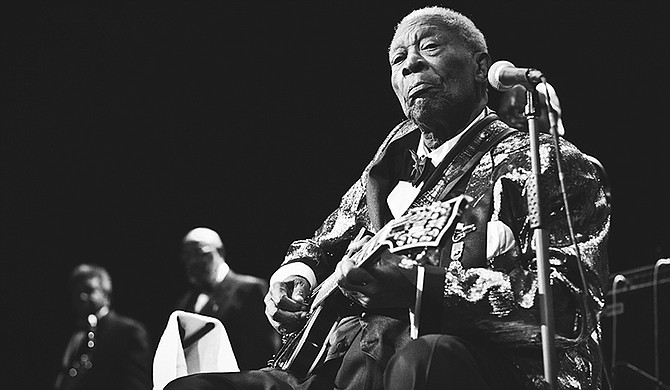 As a musician and Mississippi Delta resident, Alphonso Sanders feels a deep connection to the "King of the Blues," B.B. King, who died in Las Vegas on May 14, 2015. But as the director of B.B. King Recording Studio and chairman of the Fine Arts Department at Mississippi Valley State University in Itta Bena, Sanders wanted to acknowledge more than King's music. To help preserve the late musician's legacy, Sanders created the first annual B.B. King Day, a two-part event that takes place at MVSU and the B.B. King Museum in Indianola on Sept. 3.

"Delta people are the characters that his music highlighted time and time again," Sanders said. "Juke joints, lost love, cotton fields, glad rags and a Saturday night fish fry (are) what we live in the Delta. We work hard and play every chance we get, which gives us a balance that people from other places only read about. B.B. told the world our story in a way that is universal ... through blues music, which held families, communities, and couples together through slavery, Jim Crow, sharecropping and two Great Migrations."

The event will feature appearances from members of King's touring band, as well as blues greats such as Otis Clay, Bobby Rush, Denise LaSalle, Teeny Tucker and Raful Neal, to talk about their personal encounters with King as a friend, fellow musician and blues ambassador.

Each year, the organizers will select one musician to perform with Lucille, King's legendary guitar, for the event. Sanders and other music scholars will discuss the symbolism, origins and interpretations of Kings' music, which was admired internationally as much as it was regionally.

"B.B. King somehow told our stories in a way that made the world pay attention to us and our plight down in the Delta," Sanders said. "... He put it in a perspective that struck a chord with basic human instincts and conditions in a land that was and continues to be the epitome of poverty exemplified in these United States. B.B. King wanted the world to know the joys and pains of life as he experienced it in a place that has been written about and performed in almost all literary and artistic forms."

Sanders is a composer, songwriter, and performer of jazz, blues, gospel, folk and country music, and plays trumpet, saxophone, flute and harmonica. He placed second at the International Blues Challenge in 2009 and 2010. He also facilitates and performs with the Yalobushwackers on Thacker Mountain Radio and is the founder of First Thursday's Jazz & Blues Night at the B.B. King Museum. Currently, he is working on a new album tentatively titled "Cool of Blues," scheduled for release November 2015, which will feature a song called "Mississippi," Sanders' personal tribute to King's life.