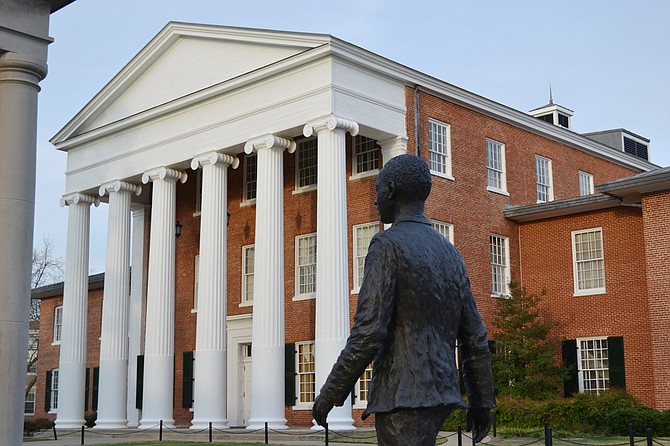 Student senators at the University of Mississippi voted Tuesday night to ask the school administration to remove the Mississippi flag from campus because it contains a Confederate battle emblem that some say is an offensive reminder of slavery and segregation. Photo courtesy J.R. Gordon 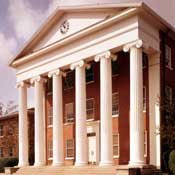 The Lycuem at Ole Miss.

JACKSON, Miss. (AP) — Student senators at the University of Mississippi voted Tuesday night to ask the school administration to remove the Mississippi flag from campus because it contains a Confederate battle emblem that some say is an offensive reminder of slavery and segregation.

The vote to adopt the nonbinding resolution was 33-15, with one senator not voting. Administrators on the Oxford campus will consider it later.

"The Confederate emblem that's on the state flag is deeply connected and rooted in ideas of white supremacy and racial oppression, and that symbol has no place on our campus," Allen Coon, the student senator who wrote the resolution, told The Associated Press in an interview after the vote. "If we claim to respect the dignity of each person, that flag cannot fly on our campus."

Coon, who is white, said if administrators do not act quickly to remove the flag, student senators will push the Faculty Senate and a governing body for non-faculty university staff members to adopt a similar resolution.

Jeffrey Vitter, who was announced Monday as the state College Board's choice to become the new University of Mississippi chancellor, said he is committed to diversity. During an interview Monday, he offered no opinion on whether the Mississippi flag should fly on campus.

"I'm very supportive of what the students are doing this year in terms of talking about the issue of the flag and having that discussion," said Vitter, a Louisiana native and current University of Kansas provost.

Since 1894, the Mississippi flag has had the Confederate battle emblem in the upper left corner — a blue X with 13 white stars, over a field of red. Residents chose to keep the flag during a 2001 statewide vote.

Supporters of the Confederate emblem say it represents history and heritage.

However, the public display of Confederate symbols has been subject to heated debates since the June massacre of nine black worshippers at a church in Charleston, South Carolina. Police said the attack was racially motivated. The white man charged in the slayings had posed with a Confederate battle flag in photos posted online before the massacre.

More than 200 people took part Friday in a remove-the-flag rally on the Oxford campus, sponsored by the university chapter of the NAACP.

University of Mississippi administrators have tried to distance the school from Confederate symbols during the past two decades. Sports teams are still called the Rebels, but the university several years ago retired the Colonel Rebel mascot — a white-haired old man some thought resembled a plantation owner. The university also banned sticks in the football stadium nearly 20 years ago, which eliminated most Confederate battle flags that fans carried.

"This issue is not simply a university issue. It's not a white issue or a black issue, either," said Bridges, who is white. "This is a human issue, and we have a symbol that instills fear and insecurity into individuals on this campus and in this community."

The state flag has been a sticky topic during this election year in Mississippi, with the governor and most lawmakers seeking re-election Nov. 3. Republican Gov. Phil Bryant has said he won't call lawmakers into special session this year to debate changing the flag. He said if the design is to be reconsidered, he thinks it should be done by another statewide election.