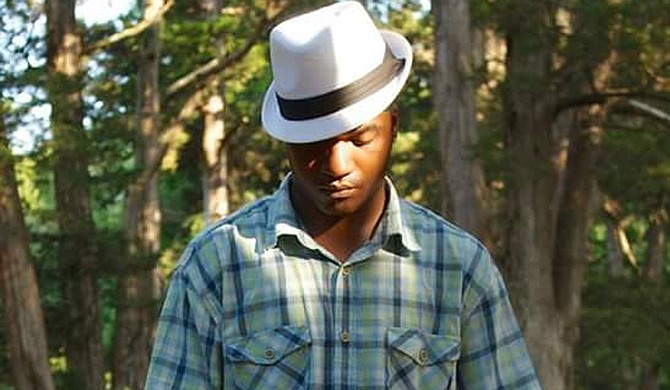 In the blues world, you have families: your biological one and your blues one. Holly Springs-based musician Garry Burnside carries both with him at all times. The north Mississippi hill-country blues style of his legendary father, guitarist R.L. Burnside, who died in September 2005, inspired a line of 14 children, grandchildren and a host of nieces and nephews to create their own music, forming bands and solo acts to perpetuate their heritage.

Burnside, the 39-year-old son, used elements of his past to create his current body of work, relying on self-taught guitar instincts and inspiration from his extended blues family. He grew up meeting and being influenced by artists such as Albert Collins and Little Milton Campbell, and emulating others such as Stevie Ray Vaughn, Jimi Hendrix and B.B. King. Burnside began learning to play instruments at age 10, starting with percussion before adding bass and guitar to his repertoire.

"I picked up the guitar and drums because that's what was around the house all the time," he says. "I just did what came natural. When you grow up hearing this blues music, it gets in your head, heart and soul. I looked outside of home and picked up licks from other bluesmen, especially guitar players, to fill up on what they had to teach me. Then, I took from them to make my own sound that takes me into the future."

When Burnside started performing publicly as a teenager, he played bass for highly influential hill-country blues musician Junior Kimbrough. But after Kimbrough died in 1998, Burnside struck out on his own to form a band and play lead guitar. The multi-instrumentalist's turn as a frontman has become his main musical pursuit, though he continued to play bass alongside Grammy Award-nominated blues act The North Mississippi Allstars, appearing on several of the band's albums.

"It (lets) me experiment with new things while keeping the hill-country touch as a foundation that will never leave my show song list," Burnside says. "What I learned from being on the road with Daddy and Junior is something that can't be taught out of a book. They helped me to become a professional because, in this business, things don't always go smooth. They showed me that you don't have to have a lot of pieces behind you in the band to produce the sound you're looking for. They told me to always rely on what I know how to do and do that better than the next guy who may want to copy your sound."

That sound is at the forefront of Burnside's debut album, 2013's "The Promise," as well as his upcoming studio project, "Come into My World," which he plans to release in spring 2016. Despite his own skill and success, he says he owes a great deal to his father's legacy and expansion of the music that came before the Burnside name.

"He took something we all took for granted growing up and made something great out of it," Burnside says. "He built on the hill-country sound that blues folks from up this way created before him, and he made it a brand that hill people could be proud of, and now his children, grands, and little cousins, and them down the line keep going from one generation to the next."