Lunderman: A League of Her Own | Jackson Free Press | Jackson, MS

Lunderman: A League of Her Own 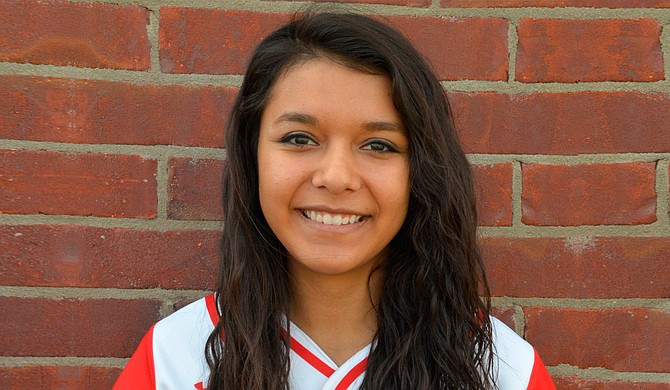 It was hard to pinpoint the most impressive thing about Neshoba Central High School softball senior star Hailey Lunderman the first time I saw her play.

I was doing play-by-play announcing for the 2013 High School State Championship and was a relative newcomer to the Mississippi's high-school softball landscape. But it didn't take much time or familiarity to recognize that Lunderman was in a league of her own.

Even in warm-ups, she stood out. She towered over the girls beside her, toned and agile. The cadence of her catch was uncannily fluid for a high school female. Her return throw sizzled like the flick of a big-league shortstop. She bounced when she shifted her feet. "That must be the Lunderman girl," I remarked, wide-eyed, to a Neshoba parent sitting nearby.

"Yeah. ... Wait 'til you see her run," the parent responded with a chuckle.

I didn't have to wait long. In Lunderman's second at-bat of the game, she ripped a screaming line drive off the centerfield wall that never deviated an inch from its initial trajectory. The ball seemed to pick up speed instead of losing it, a bullet in every sense of the expression.

The hit was an eye-opener, but what happened next is the stuff of legend: Lunderman scored on the play. With the slash-and-dash approach common for left-handers, she had already sprung from the box at impact and reached second base by the time the outfielder corralled the caroming ball. Then, Lunderman shifted into high gear and opened her stride. With a racetrack-wide turn, it was as though a young colt was galloping around the bases and lapping the field. There wasn't even a chance to throw her out.

In awe of that first impression, I remember thinking that I had never seen a high-school athlete—male or female—hit a ball that hard or run that fast. At the least, I knew I was watching a special player. Her obvious physical dominance reminded me of LeBron James on his best nights in the NBA: simply too big, strong and fast for any of her peers. Like James, Lunderman's accomplishments over her school career lived up to her transcendent talent.

She won Mississippi 5A Player of the Year honors in 2013 as a sophomore, batted .626 as a junior (second in Mississippi) and led the state in hitting this year at .612. She will be a unanimous First Team All-State selection for the third consecutive time this season. If high-school softball ever gets Gold Glove awards, the committee should fashion Lunderman's likeness on top of the trophy. Her range and arm strength at shortstop shut down the left side of the infield for the Rockets' opponents and made her a highlight reel waiting to happen.

Most telling, Lunderman's brilliance brought about a dynasty for Neshoba Central. This past weekend, May 15-16, at Freedom Ridge Park in Ridgeland, she led the Rockets to a third straight 5A state championship with two sparkling performances against West Harrison High School (Lunderman had six hits, two home runs and nine RBIs in the two-game sweep). The team went 94-9 over the past three seasons and won its six championship games by a combined score of 71-6, with nearly all of them ending early via the mercy rule, which says that if a team is up by 10 runs or more after four innings, the game is over.

The Rockets hardly showed much mercy over the past three years. They were a swift tank of a softball team with Lunderman as the engine and firepower.

Of course, prodigious talent like Lunderman's can't be confined, especially in tiny Neshoba County. She has shined with travel teams in national showcases on the summer circuit since before the age of 12 and became a big-time college recruit by her sophomore season. In November 2014, she signed with Ole Miss. "People will be excited about the talent level of an athlete like Hailey that we were able to bring to Ole Miss," the university's head softball coach Mike Smith said of Lunderman, the program's top recruit, on olemisssports.com. "She's a five-tool player that any program wants playing for them."

I had never heard of Lunderman before seeing her for the first time in 2013. But it took just a couple of seconds—around the time it took her to gallop around the bases for an inside-the-park homerun on a rocket off the centerfield wall—to get excited about her.

As she takes her talents to Oxford and the SEC, I'll be ready for the show this time.