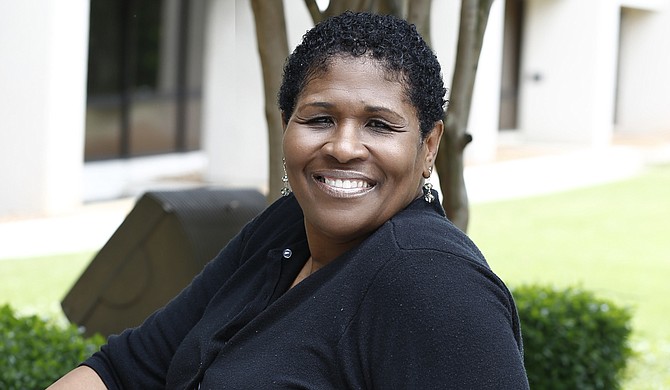 For Monica Flippin Wynn, social media is not a distraction from her class; it provides useful tools for her students. As an assistant professor in the mass communications department at Jackson State University, Wynn uses the latest forms of communication to stay in touch with the younger generation.

Originally from Milwaukee, Wynn earned her master's degree in communication from the University of Wisconsin-Whitewater. While in Milwaukee, she also worked as an assignment editor and weekend producer for television station WITI and then as a public relations assistant and assistant producer for radio station KS95 FM. She went on to work for Minneapolis TV station KARE as an assignment editor and assistant producer.

"I knew I wanted to be some place where people were always in the know," she says. "I needed to be on top of things, and for me, that's education, where things happen so quickly, or news, where you know everything."

After spending years in media, Wynn re-entered the world of academia to pursue her doctorate degree in communications at the University of Oklahoma. She took a break for about five years before returning to complete her degree, only to learn that many of her course credits were lost.

It was during the dissertation phase of her degree that she began teaching at Jackson State University in 2009. "I was looking for a job, and there was an opening at Jackson State," she says. At the same time, she still had to complete her degree in Oklahoma. Since Wynn began teaching at JSU, she has worked persistently to investigate and modify teaching techniques. In 2010, she attended the Global Inquiry Faculty Teaching Seminar, a month-long faculty-development institute where participants focus on improving teaching methods, materials and technologies in global platforms. Trainees who excelled were invited to participate in a four-year pilot study that encouraged teachers to find new teaching methods for incoming freshmen at their respective colleges. Fall 2015 will be the first semester to integrate the results of the study in regular courses.

"What we do is give them the tools that they're going to need analytically," she says. "Technology in education is a new thing now. We don't have to give up the traditional, but we've got to meet the students where they are, and they use (social media) tools."

After a student told her, "Email is so archaic," Wynn began using apps such as Twitter to communicate with her students. She has used Instagram as an attendance tool and often tasks her students to make six-second Vine videos, challenging them to be concise.

This summer, Wynn will work with the Medgar and Myrlie Evers Institute for the Elimination of Health Disparities, in a two-week summer institute and a two-year training program that begins in the fall.