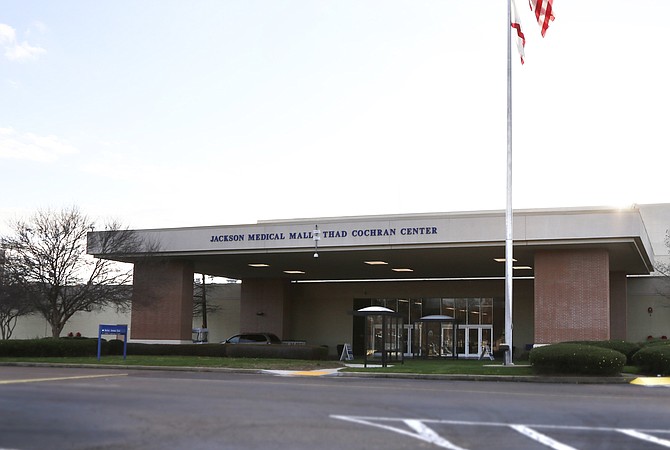 Weigh-ins for the Medical Mall Weight Loss Challenge will take place at the Mississippi Roadmap to Health Equity fitness center at the Jackson Medical Mall (350 W. Woodrow Wilson Drive) Thursday, March 26, and Friday, March 27, from 9 a.m. to 5 p.m., and Saturday, March 28, from 8 a.m. to 2 p.m. Photo by Imani Khayyam.

Humana, a state health-benefits company with more than 150,000 Medicare and individual health-plan members across Mississippi, is partnering with the Jackson Medical Mall to launch a citywide movement toward better health.

The six-month Medical Mall Weight Loss Challenge is open to all local nonprofits. Participating teams have the chance to not only improve their health and well-being, but also win prizes up to $5,000. The biggest group-percentage weight loss over the length of the contest will determine the winners.

Weigh-ins will take place at the Mississippi Roadmap to Health Equity fitness center at the Jackson Medical Mall (350 W. Woodrow Wilson Drive) Thursday, March 26, and Friday, March 27, from 9 a.m. to 5 p.m., and Saturday, March 28, from 8 a.m. to 2 p.m. Teams will rally for the official challenge kick-off Tuesday, April 8, at 6 p.m.

The contest concludes with a final weigh-in in September and an award presentation in November.

Humana provides individual health-care coverage to uninsured Mississippians in 48 counties on the Health Insurance Marketplace. The organization is teaming up with the Clinton Foundation in Adams County to improve the health of that community by 20 percent by 2020. Humana will announce a blueprint for its plans in Adams County in May.

On Sunday, March 22, the Mississippi Recycling Coalition announced the recipients of the 2014 Environmental Hero Awards, which honors outstanding recycling programs and organizations in the state.

The Mississippi Recycling Coalition is a consortium of recycling companies, local governments, state agencies and other interested organizations in Mississippi. MRC promotes and encourages responsible solid-waste management through methods such as source reduction, reuse, recycling and composting programs.

The Greenwood Leflore Recycling Program received the Recycler of the Year Award for Local Governments. The program has established four recycling drop-off centers in Greenwood that are accessible to residents 24 hours a day. Greenwood's programs collect a variety of materials including No. 1 and No. 2 plastic containers, cardboard, paper, metals and aluminum. The program has also worked to actively engage the business community in the recycling program with more than 100 businesses in the Greenwood - Leflore area actively participating. The city also has developed its own material-recovery facility in a vacant industrial facility, where the collected recyclables are sorted, baled and marketed for manufacturing uses.

The Recycle One Program of McComb and Pike County received the New Recycling Program of the Year Category for 2014. This award recognizes recycling programs that are generally less than two years old, but have started in a bold, impressive manner. The City of McComb, in cooperation with the municipalities of Magnolia, Osyka and Summit, leads Recycle One, a cooperative recycling effort. The program collects aluminum, metals, plastics and paper through four different citizen recycling drop-off locations. The program also conducts ongoing outreach efforts in the county to schools, churches, businesses and other organizations. The program has developed additional goals on how to grow and improve recycling services for residents and is focused on the potential of adding curbside recycling in certain areas.

The Oxford School District received the Recycler of the Year award, honoring educational institutions in the state. The Oxford School District consists of eight schools, pre-kindergarten through 12th grade. Recycling and environmental studies are included in the educational curriculum of each school in the district. In addition, every school sponsors and participates in classroom, office and cafeteria recycling programs. Grades pre-K - 4th grade have classroom lessons on recycling and anti-litter that include recycling field trips to the City of Oxford's Material Recovery Facility, where the students learn how materials are collected and sorted by commodity, baled and marketed.

For more information on the MRC and the MRC Environmental Hero Awards and to see and learn about all of the award recipients, visit the MRC web page at http://www.msrecycles.org/.

Atmos Energy is donating $25,000 each to the Grammy Museum Mississippi and the Mississippi Arts & Entertainment Center, the Associated Press reported.

The 28,000-square-foot Grammy museum is under construction in Cleveland on land that used to belong to Delta State University's golf course. It's budgeted to cost $18 million and scheduled to open in fall. Federal, state and local government funds, as well as private donations, are paying for it.

The 58,500-square-foot Meridian arts center is scheduled to open in 2017—the same year Mississippi will celebrate its bicentennial.

The building will have exhibition space, a Hall of Fame and a Walk of Fame, broadcast studio, art studio, multi-purpose room, outdoor stage and a courtyard which can also be used for programs.