MHSAA: Noble But Wrong About Callaway 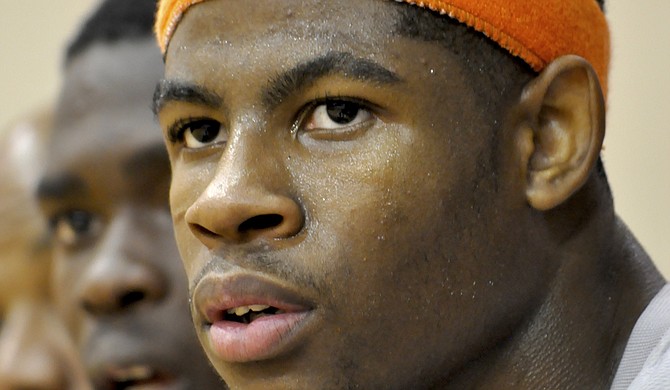 Let's be clear: The DICK's Sporting Goods High School Nationals that a Mississippi High School Activities Association rule from 1938prevented Callaway High School from attending is not a national championship, as many have suggested.

The event is another independent showcase from a promotion company aimed at making big-time television dollars through some of the nation's top high-school programs and prospects. But it is a very big deal.

The tournament is held in New York City and nationally televised on ESPN with a field of the nation's top teams and famed Madison Square Garden as its host. In short, the tournament is a once-in-a-lifetime experience for any high-school athlete.

For that reason, the MHSAA should have let Callaway play. But when the school withdrew its appeal on Monday after a drawn-out public battle, the lifetime opportunity was lost, creating a perceived black eye for the association.

MHSAA's position is understandable.  The High School Nationals is an eight-team postseason invitational tournament run from Paragon Sports, a leading New York-based marketing company that founded the showcase in 2009.

The problem is, only a very small number of teams are actually eligible to play. To qualify, a school must be ranked in the USA Today Super 25, have won its state championship, and have approval of its respective governing athletic body.

The Callaway Chargers, ranked No. 4 and winners of the 5A state title for the fourth consecutive season, check the first two boxes. The third one is the rub.

The MHSAA, along with nearly every other state governing athletic body, doesn't permit its teams to play games after the season is over, so the Chargers needed permission to play, which the association denied. A protest with an online petition and a Twitter campaign using the hashtag #LetCallawayPlay ensued. Even Gov. Phil Bryant and Sen. John Horhn, D-Jackson, publicly backed the team.

But on Monday, the Chargers withdrew the protest, citing pressure from the MHSAA and a reluctance to further escalate the stand-off, which effectively ended the proceedings. But it only fueled the controversy.

I like and respect MHSAA Executive Director Don Hinton and believe he has the interests of the student athletes at heart. That's what makes the decision so faulty. Hinton's stump speech in support of moving the football championships away from Veterans Memorial Stadium in Jackson to the glitzy SEC stadiums in Starkville and Oxford hammered home the experience for the kids and the opportunity to play championship games in championship venues in America.

Isn't playing on ESPN under the Madison Square Garden lights against the likes of famed Oak Hill Academy exactly that?

The actual MHSAA rule prohibiting teams from playing after their season is over was enacted so that seasonal sports at small schools that needed the same nine kids on the basketball team for the baseball team were not jeopardized.

That's certainly not the case at Callaway, a 5A school with more than 1,100 students. And if the Chargers won every game, they'd be in New York City for a weekend.

The real objection by the MHSAA is the philosophical fear of the commercialization of high school sports and the implications of exploitation and unfairness that come with it.

The MHSAA doesn't want to endorse one of its teams playing in a made-for-TV-dollars event. It doesn't like the idea of a team being chosen largely because of the focus on one individual player, and it doesn't intend to treat that team any differently than any of its other member teams.

MHSAA's intentions are noble but misguided. Instead of recognizing a remarkable reward for a historic team achievement, the MHSAA is drawing a line in the sand and burying its head there out of fear of straying from its core values that are either outdated or counterproductive.

To want to limit exposure for the program and your athletic organization because other state champions didn't get the same recognition seems puzzling. But to see the commercial aspect of the tournament and the demand for Newman's presence over others as a detriment to going instead of a positive is just plain backward.

Since when did Lady Liberty care which player was looking at her? Or why? If Newman and the big-money showcases that want him bring about that unforgettable sight for his teammates and coaches, the more ready the MHSAA should be to celebrate them.

Certainly, there are valid concerns about opening a black box of implications down the road, from extra practice time to insurance questions. That's why the MHSAA should have taken a cue from the Georgia High School Association and chosen the middle ground. GHSA faced the same issue earlier this month when tournament officials invited 4A state champion Wheeler High School to play in the tournament.

The association recognized the significance of the event and the unique opportunity for Wheeler and granted an exemption for the team to play, while deciding to reconsider the rule in much more detail at a later session. GHSA avoided a media firestorm, preserved the rule and allowed a group of athletic champions to accept the invitation of a lifetime.

After all, it's all about the kids, right?

The MHSAA should have let Callaway play and experience the lifetime opportunity. Instead, by drawing a line in the sand because of fear and conservatism, the MHSAA ensured all sides lost one.

@bananasalert: Nothing goes bananas like the final seconds of NCAA Tournament games. This follow alerts you when the madness is happening. #BANANAS

@SIpetethamel: The revered Sports Illustrated senior writer Pete Thamel is sure to find the poignant stuff behind the stars, scenes and storylines of the NCAA Tournament.