Tourney at ‘The Big House’ 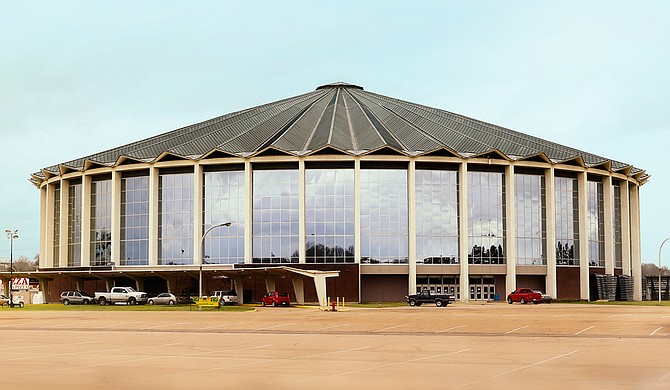 The MHSAA’s high-school basketball championships will be March 3-14 at the Mississippi Coliseum. Photo courtesy Imani Khayyam

Some call the Mississippi Coliseum "The Big House." And for two weeks every March, it plays host to one of the biggest and best events in Mississippi sports: the state high school basketball championships. The tournament tips off Tuesday, March 3, and runs through Saturday, March 14.

High Street will bustle as people from Booneville to Biloxi invade the Coliseum stands. Fans of all ages, armed with boundless school spirit and signs—lots and lots of signs, will fill the seats. Past greats, current dignitaries and hoards of media will line the concrete floors, a relative "Who's Who" of local celebrities.

On the court, teams will compete for the greatest glory in the sport, a championship, with the ultimate cost for a loss: the end of a season. For many student athletes at the high-school level, that also means the end of a career. It's an equation that creates the most intense, highly competitive games you'll see in the sport. The game schedule starts at 10 a.m. and runs deep into the night.

This year, you'll be able to watch the games online and on your television. PlayOn! Sports, in conjunction with misshaa.com, will broadcast every semifinal and final game. This year PlayOn! will introduce a "sideline set" for pre and postgame coverage. The big-time coverage befits the big event, and the cameras and lights only enhance the buzz for those inside the building. Roll all those unique elements into one environment, and you get the unmistakable "Big House" scene.

This year, the Mississippi High School Activities Association (MHSAA) expanded the boys and girls state tournament to a total of 96 teams and added Jackson State University as a host site for the boys quarterfinal games. The move served as a de facto trade-off for moving the state football championships away from Veterans Memorial Stadium. While the stadium never felt like the right fit for high school football, it's hard to imagine a more appropriate host than the coliseum for the basketball event.

Mississippi may be a football state, but Jackson is a basketball city. The lore of inner-city competition, the rich history of Jackson Public School powerhouses, and the legendary names such as Monta Ellis and Mo Williams, who currently star on the NBA stage, make for a much-romanticized hoops legacy.

Under the "Big House" backdrop, stars become heroes, and great moments become lifetime memories. Who could forget Jim Hill High School's "Flat Top" Fred Thomas hitting the game-winning shot to win the 2011 6A State Championship, and then hometown fans carrying him off the floor? Or "Queen" Victoria Vivians' late-game three-point heroics to cap a furious comeback and a second state title for Scott County in 2012?

This year, Callaway senior superstar Malik Newman's drive for history takes center stage as he looks to win his fourth state title in four seasons. It would be his final and most lasting claim to the title of Mississippi's best ever high-school basketball player. (More on that discussion in this space in the weeks to come.)

From the impassioned small-town communities and schools that invade the Coliseum stands to the hoops-rich metropolis it calls home, "The Big House" experience every March represents the city and state's best feet forward.

@rick_cleveland: The state's sportswriter emeritus is always good for a pinch of wisdom—or a grain of salt—on Mississippi sports.

@thebiglead: One of the best digital-only sports culture websites out there. It's great for what happened beyond, beside and between the games.