Only a Special Session Could Change Mississippi Flag Before January 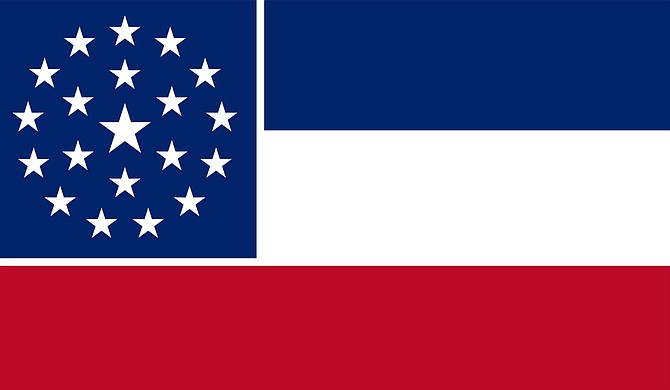 In April 2001, Mississippi voters rejected this alternative to the state flag in a 2-to-1 vote. Photo courtesy Wikicommons/Age234

Since the first cry for the removal of the Confederate flag from the South Carolina State Capitol, the national conversation has broadened to the use of the symbol beyond Charleston. In Mississippi, the state flag's Confederate symbol is now also in question.

On June 22, Gov. Phil Bryant said, "I don't think that we need to go about trying to supersede the will of the people. I think across the state of Mississippi, a fairly strong (majority) voted to keep it." Bryant was referencing a referendum that happened 14 years ago in April 2001. Mississippians voted 2-to-1 to keep the flag after a campaign that focused on removing it to help the business climate in the state.

The referendum, which occurred while Gov. Ronnie Musgrove was in office, presented a choice between the state's current flag, originally proposed in 1861, and a newly designed flag that bore a blue canton with 19 stars representing the number of states that were already in the Union when Mississippi joined in 1817.

With politicians such as House Speaker Philip Gunn and Sen. David Blount, D-Jackson, coming out in support of changing the flag, many are wondering if the 14-year-old referendum is still representative of Bryant's "will of the people."

Republican politicians in the state are coming out both in favor and against changing the flag. Lt. Gov. Tate Reeves said it is up to the people of Mississippi to decide whether or not to change the state flag. In a press statement on Tuesday, Reeves said, "If the citizens of our state want to revisit that decision, and I am sure at some point we may, it will best be decided by the people of Mississippi, not by outsiders or media elites or politicians in a back room."

Of course, Mississippians can only vote on a referendum if the Legislature orders it, which, unless Gov. Bryant has a change of heart, would not be possible until January at the earliest.