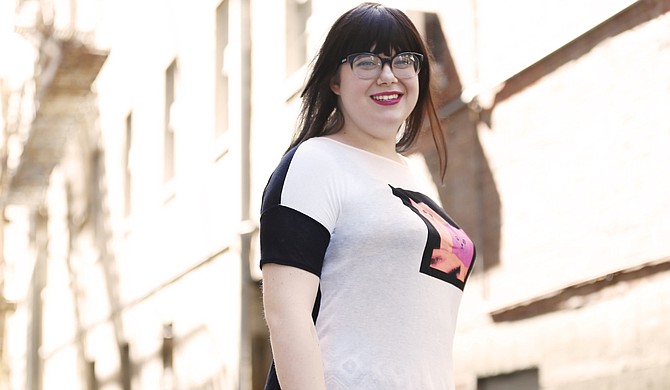 Julianna Pardue was never far from a comic book when she was a child. Her dad collected them, so she fondly remembers playing around and rifling through his many boxes of issues. In elementary school, Pardue actually started reading them, and not long after, she began collecting them herself.

A freelance artist and writer, Pardue, 24, says her passion for the medium has only grown over the years. "People don't even really appreciate the entire process that goes into making a comic," Pardue says. "You've got the writers, the editors, the pencilers, the inkers, the colorists and even more. People take for granted all those speech bubbles. Comics are art, just like anything else is. I enjoy creating them because its personal, and so much of art is putting yourself into what you're creating."

The Terry native has known that she wanted to do art for a living since she was a student at Terry High School. "There has always been something in my soul that compelled me to create," she says. "Art is an itch that I have to scratch all the time. I can't imagine doing something that isn't just that."

Pardue graduated from Mississippi College in 2013 with a bachelor's degree in studio art with a concentration in drawing and a minor in English writing. While there, she worked at the college's writing center, assisting students with essays and creative and academic writing. She started writing comics during her last semester in her senior year of college.

Her comics include many under-represented populations including strong women, minority races and even disabled veterans. She says she strives to share stories that aren't being told and shape her characters into authentic representations. For this artist, a character's background is extremely important. Pardue says she doesn't get swept up in the good versus evil dynamic. Sometimes she roots for the good guy, and sometimes she even roots for the bad guy.

When not devoting her time to her various art commissions and projects, Pardue works as a copy editor at Creative Distillery, an advertising agency, graphic design and copy-writing service. Pardue enjoys the demanding but encouraging atmosphere the business offers.

To sell her artwork, Pardue often rents booth space at various comic conventions. She also sells pieces online at Society6, a virtual store for artists to sell prints, apparel and other custom products. She says the first step to finding a market for comic-book art is for the creators themselves to value the work.

"If artists doubt their value, then so will the consumer," Pardue says. "Be confident in the work that was put in to complete your art. I think people are finally starting to see that comics just aren't for kids and nerds anymore."