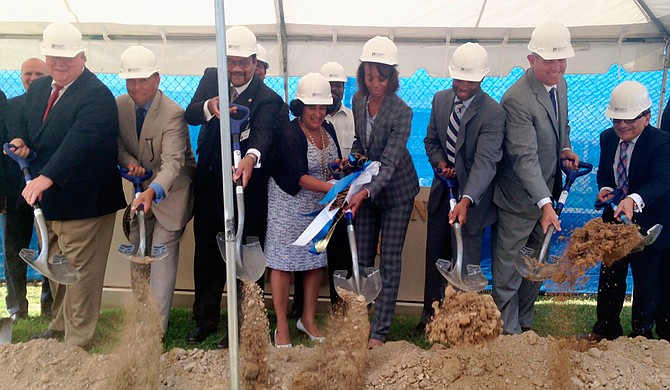 Jackson State University held a groundbreaking ceremony June 18 for a proposed 24,000-square-foot engineering classroom complex, a two-story addition to the College of Science, Engineering and Technology building on campus. Jackson State's expansion of CSET comes after plans to build a domed stadium stalled earlier this year. The school approved the $7 million state-supported endowment in the 2014 budget. The university predicts construction will be completed in late 2016.

The new addition will include classrooms and administrative offices, as well as research laboratories equipped for the newly renamed Industrial Systems and Technology Department. JSU is now offering bachelor's degrees in statistics and biomedical engineering and doctoral programs in engineering and computational data. The university plans to expand into biotechnology in the future.

Already, CSET has experienced a 25-percent enrollment increase since the 2014-2015 school year from 1,800 to 2,300 students, and 37 percent of the incoming freshmen class of 2019 are CSET majors. Dr. Richard A. Alo, dean of CSET, says expansion is to benefit the young people in the community.

"When we started the electrical-engineering program two years ago, it started off with seven (students), and now, we're at 60, and that's just electrical engineering," he said. "It's about providing opportunities for this whole community that we serve."

At the end of the last school year, the Institutions of Higher Learning placed Jackson State's enrollment at more than 10,000 students, including the summer semesters, JSU President Carolyn Meyers said. To accommodate the growing numbers, JSU purchased and renovated the Palisades apartment complex, which is now known as University Point. This fall, the university also plans to open the downtown campus, which will offer graduate programs in public policy and urban and regional planning.

Meyers said she has big dreams for the university and will spend the next year building partnerships with industries all over the state. "We live in the science, engineering and technology world right now," Meyers told the Jackson Free Press. "That's the commodity of the tomorrow. So to have a university here that's vibrant and that's growing and that has the facilities where people can do their best learning, and teachers can do their best transfer of knowledge is an asset, not only to the university, but to the city and the state."