The Boon of Fondren and Craft Beer 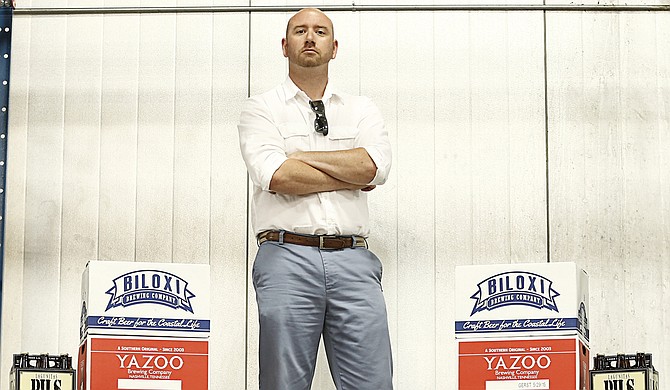 Both emphasize local support. As with craft breweries, the vast majority of businesses in the neighborhood are small and local. "People in Fondren actually see that community and business can work together," says Jim Wilkirson, the executive director of the Fondren Renaissance Foundation, the group coordinating the inaugural Mississippi Craft Beer Festival, which will be in the neighborhood.

He echoes a sentiment preached by local breweries like Lucky Town Brewing Co.—whose website says that its mission includes breaking "boundaries between the working men and women of Mississippi and their wish for locally produced premium craft beer."

Similar to Fondren, the craft-beer industry was not always flourishing. In the 1980s, less than 100 breweries operated in the United States. As the field of producers shrank, conformity rose. Light lagers from national brands were the standard. A shift in consumer preference in the past quarter-century fueled an American craft-beer revolution. By the 2000s, a younger generation of drinkers began choosing craft beer over national brands. Its sales rose 17 percent in 2014, while Fondren's First Thursday has grown dramatically by the month since its rebirth from Fondren After Five earlier this year.

While craft brews gained traction elsewhere, Mississippi provided inhospitable quarter to the industry. Before 2012, by law, no beer sold in the state could be more than 5 percent alcohol by volume, which shackled startup breweries. At the start of 2012, there were 2,033 breweries in the United States, but only one—Lazy Magnolia—in Mississippi. That year, legislation brought the state's ABV ceiling to 10.2 percent, giving room for more craft beers with higher gravities and diverse tastes. Nine microbreweries are now in Mississippi.

"With people being more aware of what they put into their bodies, people have gotten used to the full flavors of craft brews," he says. "Instead of a case of Natty Light, college kids are starting to buy six-packs of craft beer."

The younger generation's heightened consideration of food correlates with craft beer's ascent. Beers such as Crooked Letter, which brews out of Ocean Springs, offers suggested food pairings on its six packs, such as the label of the brewery's Hefeweizen, which says you can enjoy chicken and crawfish with the active spices of the Italian-style lager.

Mississippi Craft Beer Festival organizers are conscious of the marriage between craft beer and quality food. They encourage people to leave the event for a bite to eat in the area and re-enter without fret.

Of the brews Capital City will bring to the festival, Nelson is particularly keen on the Lazy Magnolia 10. To commemorate its 10th anniversary, the state's oldest brewery will bring the Belgian quadruple, which consists of 10 ingredients and has 10 percent ABV. The dark ale is best served at 10 degrees Celsius—50 degrees Fahrenheit—and will only be available until September.

The Mississippi Craft Beer Festival will be June 26 at Duling Hall (622 Duling Ave.). For $30, attendees receive a souvenir sampling glass and access to 100 craft beers. For $60, attendees will also get to taste beers during the VIP advance hour from 4:30 to 5:30 p.m., and can eat food from local restaurants. The Delta Mountain Boys will play from 7 to 10:p.m. Visit fondren.org.