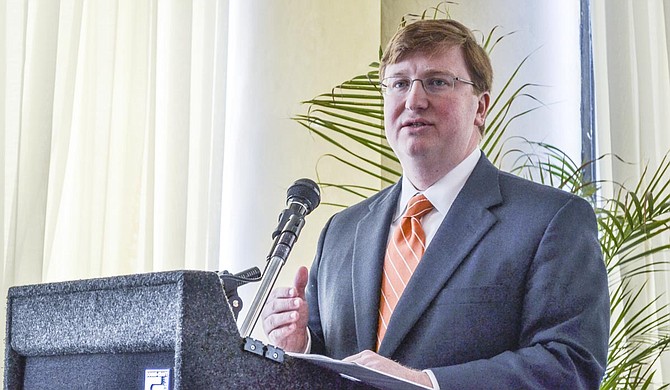 JACKSON, Miss. (AP) — The Mississippi attorney general's office and attorneys for an Oxford parent say there's no legal right for anyone—including legislators—to appeal a circuit judge's rewriting of a short description for one of the two school funding proposals on the ballot this November.

Both groups of attorneys filed arguments Monday with the Mississippi Supreme Court. A 1993 state law that created the initiative process specifies that if a circuit judge rewrites a ballot title for a proposed constitutional amendment, "the decision of the court shall be final," wrote attorneys James Keith and Carroll Rhodes, who represent Oxford parent Adrian Shipman.

A ballot title is supposed to summarize, in no more than 20 words, what a proposed constitutional amendment would do. The wording is important because it could help determine whether voters accept or reject a particular proposal, and with two similar proposals dealing with the same subject, advocates for the citizen-led Initiative 42 say they want the differences to be clear.

More than 100,000 people signed petitions to put Initiative 42 on the ballot. Its ballot title says 42 would require "an adequate and efficient system of free public schools." People could sue if education funding falls short.

The Republican-controlled Legislature put Initiative 42-A on the ballot as an alternative to the citizen-led proposal. The original ballot title for 42-A, written by Democratic Attorney General Jim Hood, said lawmakers must fund "effective free public schools."

Shipman, who supports the citizen-led initiative, filed a lawsuit that sought a different ballot title for the legislative alternative, saying the two titles were too similar and voters could become confused. Hinds County Judge Winston Kidd rewrote the ballot title of 42-A to say the Legislature should fund effective schools but specified that people could not ask a judge to order legislators to follow a funding law.

The Mississippi Adequate Education Program is a budget formula designed to give schools enough money to meet midlevel academic standards. Legislators have fully funded the formula only two years since it was put into law in 1997.

Arguments filed Monday by Shipman's attorneys and the attorney general came in response to arguments filed with the Supreme Court on May 22 by attorneys representing Republican legislative leaders. Justices will hear oral arguments June 9.

Attorneys for Lt. Gov. Tate Reeves and House Speaker Philip Gunn said a Hinds County circuit judge had no authority to rewrite the title for 42-A. The attorneys, Michael Wallace and Charles Cowan, said state law does not give a circuit judge the power to rewrite the ballot title for an alternative initiative submitted by legislators.