Where Are We Now? Education A Prime Issue for the Primary Election | Jackson Free Press | Jackson, MS

Where Are We Now? Education A Prime Issue for the Primary Election 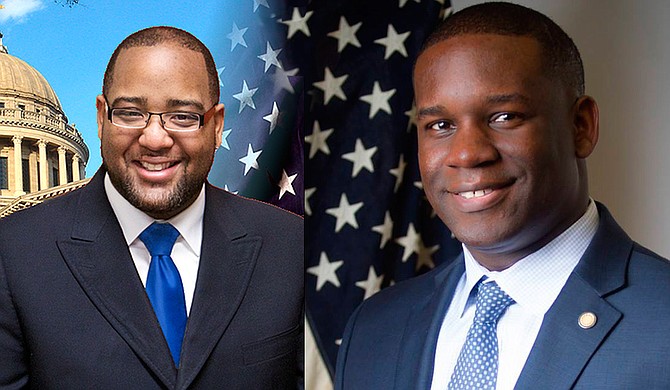 Education is a major focus for candidates in the upcoming primary elections, especially due to this year's political back-and-forth on fully funding the Mississippi Adequate Education Program.

Last fall, a coalition of public-school advocates successfully filed 116,570 valid signatures to put Initiative 42 on the upcoming November ballot. Their aim was to force the Mississippi Legislature to actually fully fund public schools, which has only happened twice since lawmakers created the formula in 1997, to establish a baseline of funding for public education. If Initiative 42 is successful, the benefits will trickle down to all students, supporters say.

Legislators introduced an alternative ballot initiative, 42A, that prompted a lawsuit battle between Adrian Shipman, a mother of two from Oxford, on one side, and Speaker Philip Gunn, R-Clinton, and Lt. Gov. Tate Reeves, a Republican, both running for re-election. The case is still with the Mississippi Supreme Court that has been tasked with deciding whether Hinds County Circuit Judge Winston Kidd, who rewrote alternative measure 42A, overstepped his bounds, as Republicans against full MAEP funding argue. Shipman's counsel argued that the re-writing was OK, and the case should be resolved.

Under state law, ballot titles are the only writing voters will see on the ballot—not the entire initiative. Mississippi law only allows 20 words in a ballot title.

The Ballot 42 title reads: "Should the State be required to provide for the support of an adequate and efficient system of free public schools?"

The Ballot 42A title, as rewritten by Kidd, that was contested in court is: "Should the Legislature establish and support effective schools, but not provide a mechanism to enforce that right?"

Ballot 42A has been criticized for being an intentional distraction as a confusing alternative that will throw voters off of voting for either one.

The Mississippi Supreme Court will have to make a decision on the case soon, because ballots need to be printed in September in preparation for the election in November.

Another case, brought to the Hinds County Court by former Gov. Ronnie Musgrove last year on behalf of 21 school districts, was decided in the state's favor. Hinds County Chancery Judge William Singletary said that Mississippi legislators are not obligated to fully fund MAEP annually. Musgrove has appealed to the Mississippi Supreme Court, asking for a reversal of that ruling.

The districts sought more than $240 million that they were shortchanged over a period of six school years.

If Initiative 42 passes this November, full funding of MAEP will become mandatory via a constitutional amendment that the initiative asks for. House Appropriations Committee Chairman Herb Frierson, R-Poplarville, asked state agencies, except the State Department of Education and Division of Medicaid, to prepare budget cuts in preparation for Initiative 42's passing.

Better Schools Better Jobs proponents accuse Frierson of using scare tactics to keep people from fully funding education with their votes. In the proposal for Initiative 42, proponents suggested funding be phased in over a seven-year period (with wiggle room either way) based on economic growth and additional money that comes into the Mississippi budget—not from tax or budget cuts. State agencies were asked to turn in their budget-cut proposals in mid-July.

Former Rep. Cecil Brown, D-Jackson, said Frierson's meeting and calls for budget-cut proposals were indeed scare tactics, and that voters should not be concerned with how budget cuts will affect other state agencies. In order for the proposed 7.8 percent cuts to each agency to happen, they would have to pass a majority Senate and House vote as well as get support from the governor. Brown said this is not going to happen.

"There's no reason in the world to have to cut other budgets," Brown said. "There's enough money there if they phase it in over a reasonable period of time."

The important thing for voters to do, Brown said, is to push their legislators support public education.

"(Voters) need to make sure their legislators are supportive of Initiative 42 and funding public education over some reasonable period of time," Brown said.

Brown also noted that the Legislative Budget Committee is set to meet in a few months to make budget recommendations. Frierson didn't need to call these agencies together before the primaries, since they could have discussed suggested cuts at the budget committee meeting. The timing, Brown said, was purposeful—right before the primary.

"The K-12 folks provide the students who end up at community colleges and universities," Brown said. "So (Initiative 42) is a big issue for universities and colleges in terms of funding K-12."

Despite the drama of pending court cases and political gamesmanship, some candidates are running their August primary campaigns solidly on supporting the full funding of Mississippi's public-education system.

The race for the District 26 House of Representatives seat is one of those education-focused races.

The former District 26 representative, Chuck Espy, has decided to not run for re-election, leaving an opening that two Democrats are vying for. Both candidates wholeheartedly support Initiative 42, but come from different perspectives.

Orlando Paden, a development coordinator at Coahoma Community College, is running against Sanford Johnson, the deputy director of Mississippi First, an education advocacy and policy nonprofit organization that supports charter schools. Both have campaigned on supporting the full funding of education.

Paden said his primary focus would be fully funding the public-education system in District 26. Secondly, Paden wants to incorporate the community more with public education and children.

"Our public-education system is working well here, and our community is involved so we want to continue those things," he said.

Johnson said education is the best way to turn around the high levels of poverty he sees in District 26, by receiving full funding, acquiring talented people to work in the school districts and to hold those leaders accountable.

"Public education is my number-one priority, not just in Clarksdale or the 26th district but in the state. I don't think we fix anything else until we make sure that every child has an excellent education," Sanford said.

Sanford's opponents have highlighted his involvement with KIPP charter schools, a charter-school chain that made recent headlines in New York for keeping children in padded cells, even as they have drawn a lot of attention for education successes. When asked if he would advocate for more charter schools, Johnson said the issue of charter schools is local in nature.

"I think where other (charter) schools are going to open up is a local decision; it's up to parents and people in the community to decide whether or not they get a school," Sanford said.

Espy, who supported the Mississippi Charter Schools Act of 2013, that led to what will be the opening of two charter schools in the Jackson area, said that the focus, especially in Coahoma County, should not be on charter schools.

For August, at least, it seems that charter-school concerns will be on the backburner for voters, as far as politicians are concerned, since Initiative 42 and the alternative 42A are still at the forefront of most conversations.

While Espy won't have any say on how education funding is implemented once November comes around, he said that we will have to decide to fund education even if that means sacrificing funding to other agencies.

He said giving every Mississippi child proper funding and a head start should be the government's priority.

"When you can't start teachers at the proper foundation of funding and make sure that every classroom is funded and every single aspect (of public schools) is on par and equal, you can't do much for education in Mississippi," Espy said.

The League of Women Voters of the Jackson Area has sent letters to the 40 legislative candidates in Hinds, Rankin and Madison counties for the upcoming primaries, asking them their position on Initiative 42. The league has been a strong supporter of public education and wanted to gauge how legislators were thinking about the amendment.

Initiative 42 proponents gauged that about 77 percent of people they talked to in spring 2014 supported fully funding public K-12 schools. Patsy Brumfield, communications director for the initiative, said that any recent polls Better Jobs Better Schools has conducted will be for their internal use only.

Mississippi's voter ID law went into effect for federal elections last year, but this is the first state election where citizens will need to show their photo IDs. Here are the forms acceptable identification:

A photo ID card issued by a branch, department, or entity of the State of Mississippi

Any other photo ID issued by any branch, department, agency or entity of the United States government or any State government

To receive a free voter ID card, you must first be a registered voter in the state of Mississippi.

How Do I Register to Vote?

The deadline to register for the Aug. 4 primary has passed but to vote in the 2015 General Election, you must register by October 3. Visit the Mississippi Secretary of State's website or your county registrar for details on how to register.

According to the secretary of state, to register, you:

Must be a U.S. citizen

Must be a resident of the state and have lived in your city or town for at least 30 days prior to Election Day;

Must not be declared mentally incompetent (we swear it says that)

Must not have been convicted of any of the following crimes: murder, rape, bribery, theft, arson, obtaining money or goods under false pretense, perjury, forgery, embezzlement, or bigamy.