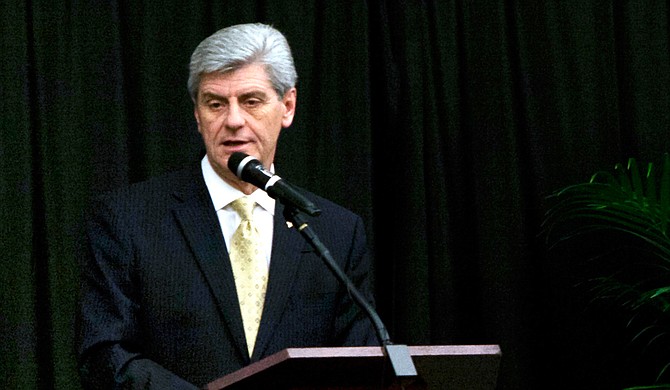 Gov. Phil Bryant has started advocating for a Children’s Cabinet to help run the state’s foster-care system since his administration was forced to act on a seven-year lawsuit.

On July 23, U.S. District Judge Tom S. Lee signed a contempt order forcing the state to bring in a consultant group to evaluate the current system and make recommendations. If the state does not agree to the recommendations, the plaintiffs will take their case back to the court for the judge to enforce the changes needed to fix the system.

Marcia Lowry, an attorney at A Better Childhood, the organization representing the plaintiffs, said that the case, Olivia Y v. Bryant, was filed in 2008, and seven years is a long time to be under a court order and disregard it.

Meanwhile, the number of children in custody in the state continues to rise steadily from year-to-year. In 2012, almost 4,000 children were in the state's custody—today that number is nearly 5,000. In Hinds County alone, 600 children are in custody.

Lowry said the state has faced few if any consequences in the time it has ignored the court order, despite how carefully monitored the foster-care system was.

"It's been very carefully documented about how they have failed to deliver plans and compliance on time, (or) they failed to deliver compliance at all so that children aren't getting medical care or adoption when they need it or appropriate placements," Lowry said. "Caseloads are way too high to protect children; there's no accountability."

The order stated that the consultant group would have to file a report within four months, evaluating several aspects of the Division of Family and Children's Services from caseload measurements to director qualifications.

The governor is responsible for hiring a new executive director for the division, who will in turn hire a senior management team. Once the four-month analysis is complete, both parties will "negotiate a court-enforceable remedial order" that lays out how the state must move forward with the new division leadership and procedures.  Should the state not agree to the recommendations, the plaintiffs' counsel will return to court and ask for the foster-care system to go into receivership. Receivership, in this case, would take the power to run the foster-care system away from the state government and turn it over to the federal court that will, in turn, appoint someone to run the system. Only one foster-care system in the country, in Washington D.C., has ever gone into receivership, Lowry said.

In her child advocacy work, Lowry said, she has never seen such a long pattern of failure to change a system despite well-documented reports of overloaded caseworkers, children not receiving health care or children not being placed in homes in a timely manner by the court monitor.

"Why there was no change (in the past seven years)? That's a question of both resources and accountability and leadership," she said. "That's how it's been run, and nothing has happened to the agency—this time we hope something is going to happen."

A special session of the Legislature may be in order because changes in the law that affect the reorganization of the family and children's division might be necessary.

In a statement last week, Gov. Phil Bryant said he intends to improve conditions for children in the foster care system. He is advocating for the creation of a Children's Cabinet which he believes will be a step in the right direction. He also said, "I'll be the first to admit that Mississippi can and will do better, and I became personally involved in this issue several months ago."

Lowry said the plaintiffs' counsel believes they have done enough to demonstrate to the judge that the state's noncompliance requires full agreement to whatever the consultant group recommends. Lowry said receivership might not be necessary if the state makes the changes asked for.

If not, receivership might be the final option for the state.

"Something drastic has to be done," Lowry said. "Otherwise, we are going to have the same story next year, and children's lives are at stake here."