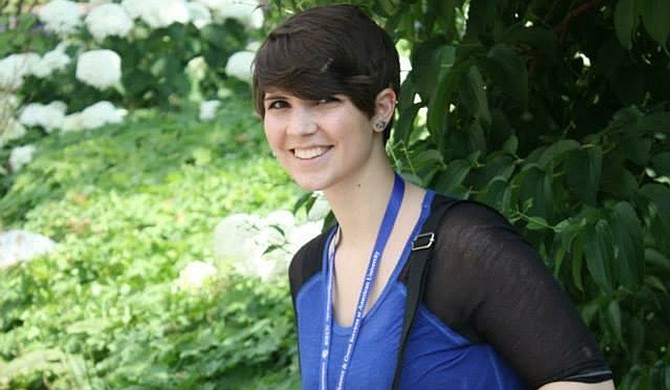 Magdalene Bedi, a junior at Northwest Rankin High School in 2013, didn't subscribe to an institutional religion, but considered herself spiritual—and not an atheist. Still, Christian prayer and ceremonies at school bothered her, and she usually escaped to the library during school assemblies.

In April of that year, Bedi's senior friends warned her that a local church was sponsoring an all-class assembly she would want to skip. Bedi tried to go to the library, but this time school officials told her she was required to attend the assembly.

As a result, Bedi sued Northwest Rankin for violating the Establishment Clause of the First Amendment. It would have violated her values not to fight back, she says now.

"I am not a confrontational person," Bedi told the Jackson Free Press. "I did not intend to sue or lead a brigade against the Christians."

The problem was and still is that school-sponsored religious assemblies are illegal, in the most fundamental sense—the Constitution prohibits government from promoting or establishing a religion. Public schools are subject to religious freedom as established in the First Amendment in two ways. Schools are not allowed to sponsor or promote any religion, while they must allow students to create and form their own independent religious groups if they so choose.

The American Humanist Association or AHA stepped in to sue on Bedi's behalf, and a lawsuit followed. By November 2013, Bedi and the AHA established a consent decree that required Rankin County School District to pay Bedi's legal fees, admit liability to the assemblies and promise to abide by their new religion policy that said, "school activities conducted during instructional hours should neither advance, endorse or inhibit any religion." If the district violated these terms, AHA had the power to step in and file a motion for contempt.

Bedi thought she had won, but was dismayed when an ACT Awards Ceremony was opened with a prayer from a local minister, with words Bedi remembers as "we came here to celebrate not only life but death," invoking the Easter season into the ceremony.

At Bedi's notice of the awards ceremony and another violation based on a tip that a Rankin County elementary school was distributing Bibles, the AHA filed the motion for contempt they had promised, saying the school district blatantly disregarded the consent decree both parties made in 2013.

If another violation occurs, they will have to continue to pay Bedi, with a higher sticker price of $10,000 per infraction.

Matt Steffey, a law professor at Mississippi College of Law, said that the Establishment Clause at the school level invokes a complex body of law. Two main principles come into play with Bedi's case, however.

"Government can't prefer one religion over another religion or over non-religion," Steffey said. "(Government) can't do anything that endorses a particular religion or religion generally, either."

A Case Years in the Making

Bedi was 16 years old at the time the lawsuit was filed, and she did not imagine the drawn-out process that followed. Back in 2013, forced to sit in an assembly, she had no idea what her school was doing was even illegal—until a friend told her otherwise.

For the first two weeks after the lawsuit went public, lawyers at AHA kept Bedi anonymous, and to her dismay, her classmates and peers reacted sourly.

"There was almost no vocal support for the lawsuit," she said. "Some people thought it wouldn't win, others thought I was being actively aggressive against the Christians, and they didn't see what was illegal about the case."

Once Bedi wrote a public statement, admitting her role in the lawsuit, students fell silent, to her face at least.

By November, Bedi was relieved by the consent decree and hoped to finish her senior year on a positive note. The ACT Ceremony stunned Bedi. She said it felt as though all she had fought for was a lost cause.

But things had started to change in her peers' minds, because after the ceremony, some of them gathered around her, buzzing, saying things like "We know it's illegal now!" Bedi said since taking an AP government course, other students began to understand what made the high school's actions illegal.

"That was really cool because they had been completely silent around me before, and if they voiced support it was through Facebook or quietly," she said. "Suddenly, I had people rushing me and asking me, 'what are you going to do?'"

Bedi had hoped the motion for contempt would be settled before she left for college, but now she is just thankful that what she did had an impact.

"There are other students, Muslim, Hindu and Jewish students, who have contacted me who are now in a safe place and don't have to dread going to school, because they may be isolated over their religious beliefs," Bedi said. "So I am so glad that I did it."

Bedi graduated from Northwest Rankin High School in 2014 and is now a pre-law major at American University in Washington, D.C.

Monica Miller, lead attorney at AHA, said she is hopeful that Bedi's case will send a clear message to not only Rankin County School District but other districts in the area that might be engaging in similar practices to Northwest Rankin High School.

"We put the monetary amount in there because we wanted to be coercive enough that they really take this seriously," she said. "And if they don't, the court will probably increase the amount until they do comply."

Dr. Lynn Weathersby, the Rankin County School District superintendent, released a statement that said prayer will continue in schools by individual students, teachers and parents but that the school district would comply with the court's order.

Religious freedom extends both ways to students and to administrators, but only in agreement with the Establishment Clause that says, "Congress shall make no law respecting an establishment of religion, or prohibiting the free exercise thereof..."

This clause has stood its ground in the heat of separation of church and state cases. Bedi's father, Kanwar Singh Bedi, sued on her behalf because she was a minor. He said his decision to support his daughter was not based on religious conviction.

"I am a constitutionalist, and I believe in the Constitution," he said.

Bedi's family has gone through a few rounds of criticism, mainly online, criticizing their suit against the school district or calling them anti-religious. Bedi said this is far from the truth; he and his wife both identify as card-carrying Methodists. Even some of their church members put derogatory messages on Facebook during the case to which the father replies, "If this is shocking to you, the U.S. Constitution must horrify you." He said he backed his daughter because he knew that the law was on her side.

Schools run by the government are subject to the First Amendment and the Establishment Clause above other religious freedom laws, like Mississippi's Religious Freedom Restoration Act, Steffey said.

Mississippi is the most religious state with 61 percent of the population identified as religious, but laws like RFRA help students like Magdalene Bedi and those of minority religions more than mainline Christians.

Steffey said RFRA should protect the religious freedom of students who don't want the religious messages. In Bedi's case, the larger issue was disobedience of the Constitution. Steffey said he hopes this case will bring about change in the schools, especially in regards to training practices about what is and is not legally allowed in public schools.

"Their (Rankin County School District) basic defense was that you can't expect people who work here to know the constitutional law, and the Court was like, 'Yes you can—you train them.'"