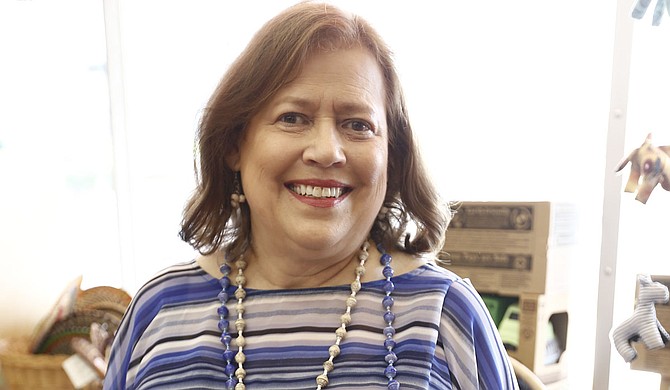 Phyllis Hurley remembers when Mt. Salus Christian School became integrated. She served as the principal at the Clinton private academy from 1987 to 2005. "I knew what I was doing was right when I made the decision (to integrate) in 1990," she says. "I think it was one of the best things I did for Mt. Salus."

She and her husband, Jim Hurley, have called Mississippi home since moving here in 1985. Before that, the couple lived in many places after marrying in 1966, including Chattanooga, Tenn., Tallahassee, Fla., England and Switzerland.

The Denver native says she wasn't excited about moving to Mississippi at first and thought about how different the weather would be, but she and Jim grew to love it. "Jackson was a place I was skeptical about moving to, but finally settling down was nice," Hurley says.

Hurley received her bachelor's degree in history and secondary education at Tufts University in Boston in 1967 and her master's degree in school administration at Mississippi College in 1990.

Now, at 69 years old, Hurley spends most of her time working with Friends of Uganda, a nonprofit organization that she and Jim began in 2007 to help Ugandan mothers support their families by selling crafts. Hurley started the organization through the online humanitarian community and was finally able to visit Uganda in 2013. Through the nonprofit, Hurley and her husband sell the women's crafts at festivals across the South and give the money they receive to the women to help them educate their children and buy materials.

In addition to their festival appearances, Hurley also sells the various crafts and jewelry at Fair Trade Green (2807 Old Canton Road). Currently, the organization is working toward purchasing an embroidery machine for the women. To meet that goal, Friends of Uganda began a campaign on GoFundMe, an online donation service, in March. Hurley says the campaign has seen steady growth but is still far from their goal. Donate at gofundme.com/mxmj58.

"Getting this machine is something we told these women we would try to do when Jim and I went to Uganda," Hurley says. "Hopefully, we can accomplish (it) soon."

If the women get the embroidery machine, they will be able to open a craft and embroidered goods shop in the Kampala tourist zone, which would help with the country's tourist sales and commercial production.

Now living in Clinton, Hurley is an active member of Redeemer Church PCA, which is Presbyterian, where she served as director of children's ministries for seven years after retiring from Mt. Salus. She also helped start the church's school, The Redeemer's School.

Phyllis and Jim have three children, Jim, Timothy and Andrew, with five grandchildren.