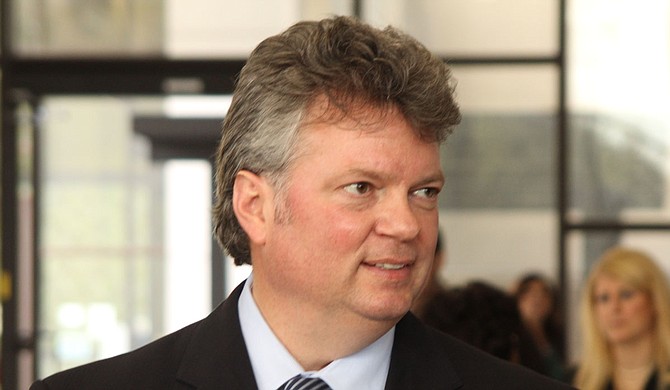 Hood sided Thursday with a similar request from the attorney for Lauren Czekala-Chatham, who argued a U.S. Supreme Court ruling on June 26 requires all states to issue marriage licenses to same-sex couples and to recognize same-sex marriages validly performed in other states.

That was key to Czekala-Chatham's arguments as she seeks a divorce from Dana Ann Melancon. They were married in California in 2008.

"That's awesome," Czekala-Chatham told The Associated Press in a telephone interview. "I can get my divorce? I've been waiting a long time for this. This means I can go on with my life."

Czekala-Chatham said she had expected the state to fight her divorce despite the U.S. Supreme Court decision.

"The way (Hood) was talking after the same-sex marriage decision, I was expecting to have to continue the fight," she said.

Czekala-Chatham said she and her new partner can now make their wedding plans and buy a house together.

The Mississippi Supreme Court has not ruled on either motion but could do so as early as next week.

In 2013, DeSoto County Chancery Judge Mitchell Lundy Jr. ruled that the Mississippi Constitution and statutes prevented him from granting a divorce to the couple.

Czekala-Chatham and Melancon married in San Francisco in 2008 and bought a house in Mississippi before separating in 2010. They could divorce in California, but Czekala-Chatham says they shouldn't be treated differently than straight couples.

They have agreed on a division of property.

Hood had vigorously argued that Mississippi's traditional marriage laws defining and recognizing marriage as the union between one man and one woman are not unconstitutional. He also argued Mississippi was not required to recognize California same-sex marriage for the purposes of granting Czekala-Chatham a divorce.

In the motion filed Thursday, Hood said the recent court decisions made the debate moot, and the chancery court's decision should be reversed.

Czekala-Chatham's attorney, Carey R. Varnado, said in a brief filed Wednesday that the case should go back to DeSoto Court "with instructions to that court to recognize jurisdiction of Appellant's divorce action."